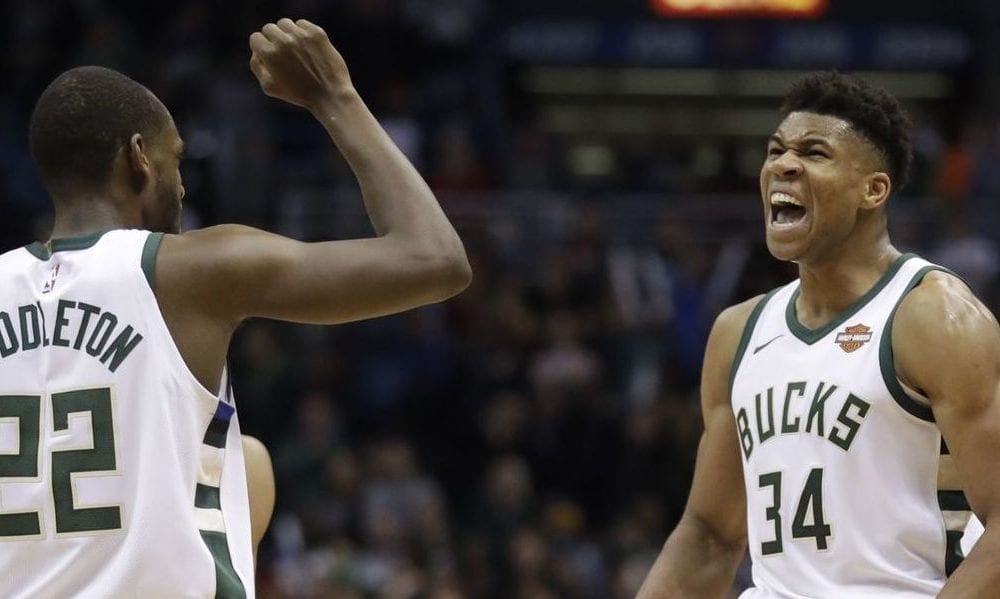 Giannis Antetokounmpo and Khris Middleton are both All-Stars and the two best players on the Bucks team that is the best in the East.

During the All-Star Draft, Antetokounmpo didn’t even have to think who he would pick first off the bench: his boy Khris.

But things haven’t always been this great between the two.

It wasn’t long ago that the mediocre Bucks were lagging at the bottom of the East.

They had no stars, no awesome new jersey redesign and they sure weren’t dominating the league.

It was back in those days, the beginning of Antetokounmpo’s career, that Khris Middleton was standing in the way of his starting position.

And while Antetokounmpo has blossomed into one of the NBA’s best young players, he hasn’t forgotten where it all started.

“You cannot imagine how hard we [he and Khris Middleton] went at each other at practice,” Antetokounmpo said, via The Athletic‘s Eric Nehm.

“Like, I went home and when my family came, I was showing them the scratches I had on my arms. He [Khris Middleton] used to come down and I’d grab him hard. And he’d push me off.”

But just how real was their practice-court rivalry?

This wasn’t a one-sided hatred either – Middleton remembers it the exact same way, minus all the swear words.

“We hated each other on the court because we were fighting for minutes,” Middleton said. “Me and him [Giannis] were kind of in the same position.”

“It was a battle every day in practice. We were making each other better, but we were really trying to get into that rotation and start playing.”

Now on Sunday, they will lace up for their first All-Star Game together.