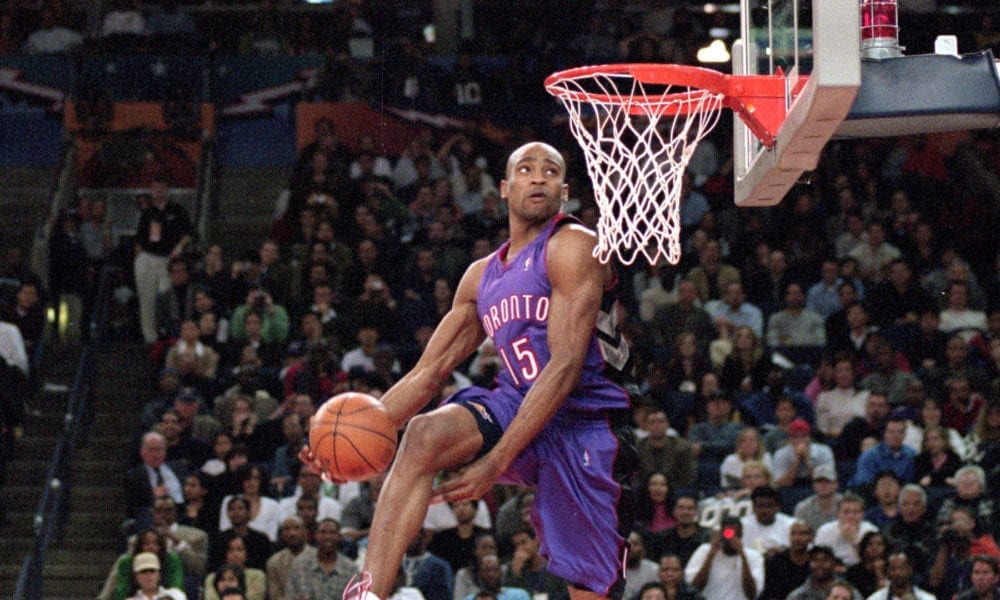 Vince Carter knows a thing or two about cramming a basketball into a hoop.

There wasn’t a single gimmick that is now commonplace in the contest, like all the cars, costumes and celebrities we see now.

On This Date: 19 years ago, Vince Carter put on a show in one of the greatest Slam Dunk Contest performances ever 🔥 pic.twitter.com/A7kPmjjBdu

And Vince would prefer all that stuff was scrapped, with the focus returned to the actual dunking, per The Undefeated.

“Next man up, then once you go, it’s next, next, next. To me, the gimmicky thing is kind of overrated.

“Show them what you’re cooking with. Don’t put the onus on a guy to have to use a prop or a teammate.”

Carter wants a return to the simplicity of the past, more Rucker Park than Harlem Globetrotters.

He never imagined the scripting would reach WWE levels.

“Just go out there and throw the ball out there,” he said. “It’s your turn. And let that be that.

“And that’s kind of how it originated. That’s how it organically happens on the streetball or basketball court.”

The NBA is always looking for ways to revamp the dunk contest.

And they could do worse than listen to the best to ever throw down.