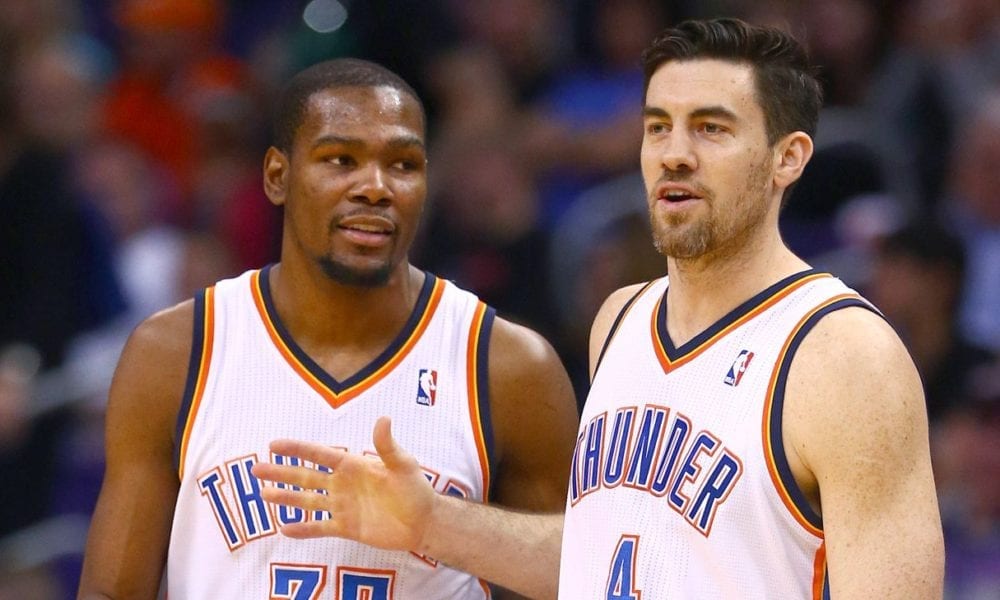 In terms of players switching teams, Kevin Durant’s move from Oklahoma City to Golden State was as controversial as they come.

But Durant is hoping everyone can put the past behind them when he returns to OKC in March for the jersey retirement of longtime Thunder teammate Nick Collison.

“That group was so special, that whole group from 2010 until I left there, it was special,” Durant told ESPN’s Adrian Wojnarowski.

“It’s about time for us to let go of all that extra stuff, and just come together — especially around this time, because it’s Nick.”

The Thunder are reportedly more than happy to accommodate Durant, but it’s unlikely the same can be said for the team’s fans.

And as much as Durant doesn’t want his presence to take away from Collison’s big night, he will undoubtedly attract plenty of attention.

But any speculation surrounding all this paving the way for a potential Durant return would be misguided, with neither side having any interest in a reunion according to Woj.

KD’s only intention is to celebrate Collison, a man he credits with helping him transition to the NBA as a rookie with the Sonics in 2008.