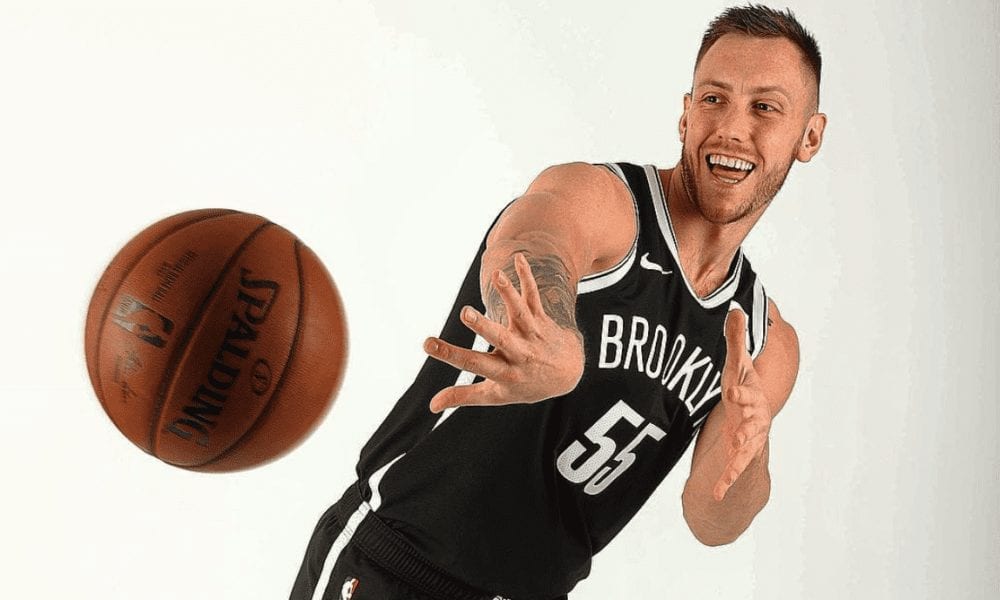 After months of toiling away in the G League, Mitch Creek has finally caught his big break and could make his NBA debut with the Brooklyn Nets as soon as Friday.
Creek will be on Brooklyn’s roster when they take on the New York Knicks at Barclays Center, having signed a 10-day contract with the team.
A recent injury to Nets guard Spencer Dinwiddie, who is expected to miss four to six weeks with a thumb injury, has cleared a roster spot for the hardworking Aussie.
Brooklyn has built a remarkably strong team despite not picking in the draft’s top 20 since 2010, finding other ways to acquire promising yet unproven players and turning them into quasi-stars and highly serviceable role players.
The hope here is that Creek becomes their latest in a growing line of success stories.
After spending the first eight years of his professional career with the Adelaide 36ers and briefly plying his trade in Europe, Creek has been busily proving his worth in the US.
He briefly appeared in one preseason game for the Nets, before shifting to the team’s G League affiliate, the Long Island Nets.
It was there that he did some of his finest work, averaging 14.4 points and 5.3 rebounds on 54.5 percent shooting.
Brooklyn stood up and took notice this week, and if everything goes to plan, the rest of the NBA will soon follow suit.