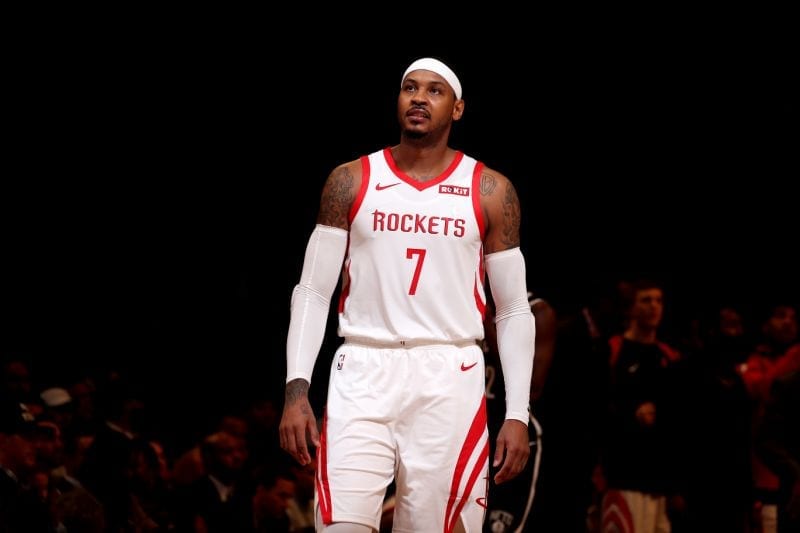 “Life moves pretty fast. If you don’t stop and look around once in awhile, you could miss it.”

It was Ferris Bueller who said, and the same applies to the NBA with all it’s wheeling and dealing.

Not long after agreeing to a contract buyout with the Brooklyn Nets, Kenneth Faried hopes to sign a free-agent deal with the Houson Rockets, according to ESPN’s Adrian Wojnarowski.

Faried will be released on Saturday with his $13.7 million salary expected to clear NBA waivers by Monday.

The Rockets will have to create a roster spot for Faried, who will be inserted into the lineup to replace injured center Clint Capela.

“The Rockets are aggressively working to find a trade for the exiled Carmelo Anthony before Monday’s 5 p.m. ET deadline to clear a roster spot for Faried,” Wojnarowski said.

With the Rockets unwilling to waive Anthony, if there is a problem trading him, the easiest solution is to release James Nunnally who is halfway through his 10-day contract.

Let’s hope that Melo is traded and not Nunnally, a struggling role-player with 5 days left on his 10-day contract, hoping to be thrown a lifeline by the Rockets.

Houston’s front-office hopes for Faried to make his debut for the team on Monday night against the Philadelphia 76ers, and are prepared to do whatever it takes to make that a reality.

Faried only played 12 games after being acquired by the Brooklyn Nets in the offseason, but he was an efficient starter for the majority of his seven years in Denver, averaging 11.3 points and 8.1 rebounds.

Faried will share the center role with Nene until Capela returns from surgery on his right thumb. Only time will tell where Anthony ends up and what role he will have.