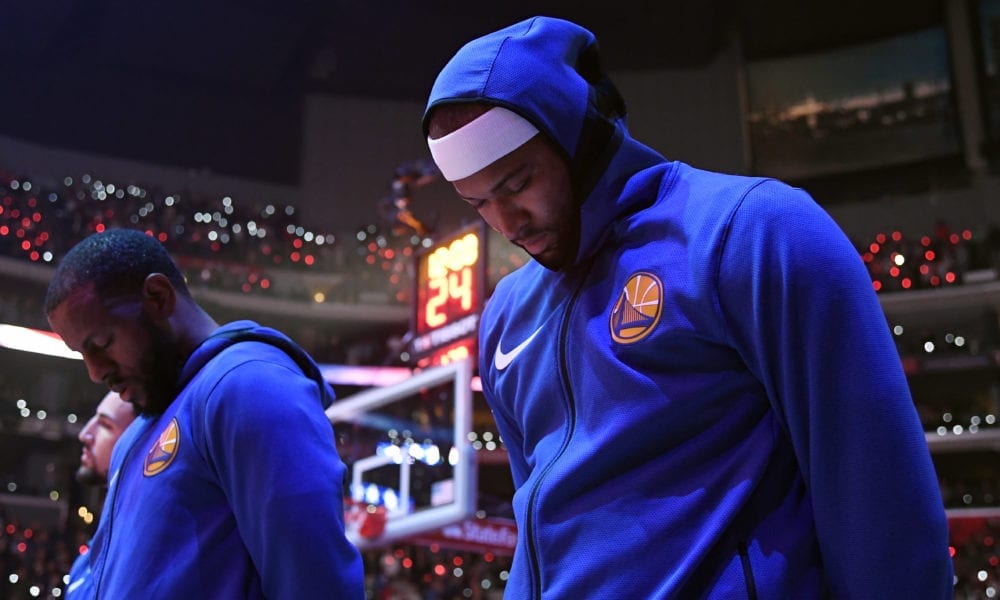 DeMarcus Cousins made his long-awaited return to the court against the Los Angeles Clippers on Saturday night, and let’s just say that things haven’t changed too much.

The game was Cousins’ first since tearing his Achilles tendon in his short stint for the New Orleans Pelicans, and his first for the Warriors.

Cousins’ first points for his new team came in spectacular fashion, driving the lane off a Kevin Durant pick and roll and throwing it down with an forceful dunk.

In what is the most Boogie stat line imaginable, Cousins dropped 14 points, grabbed 6 rebounds and hit 3-4 from beyond the arc before he fouled out of the game in just 15 minutes.

After the match, a happy Cousins (who knew that existed?) spoke to reporters about just how good it was to be back on the court.

“I felt like a kid on Christmas,” Cousins said. “It’s been a long journey… this was probably one of the best days of my life. Just being out there on the floor again, playing the game that I love.

“My teammates were great, they supported me through this entire process. They made it easy and smooth for me as much as they could.”

While Boogie was happy with his game, he wasn’t so stoked with the media coverage surrounding his comeback.

“Man, probably the fakest love I’ve ever received in my life. I’m just going to keep it a million,” Cousins said, via ESPN. “I honestly don’t see how guys like Steph and Klay do it on the daily, where there are cameras around them all day.”

“I don’t like it, at all. So hopefully this is the last day of this.”

The bad news for Boogie is if he keeps playing like that in San Francisco, the cameras are going to remain trained on him. His teammates Kevin Durant was impressed with what he saw too.

“He was great tonight,” Durant said. “I like that he gonna keep people on us at the 3-point line. I like that he was running the floor, he set a screen. I like where he’s going, good first step, and hopefully he keeps moving forward.”

As if the Golden State Warriors weren’t good enough already, Cousins adds a whole new weapon to their arsenal, and it will be on display when they take on the struggling Lakers on Monday night.