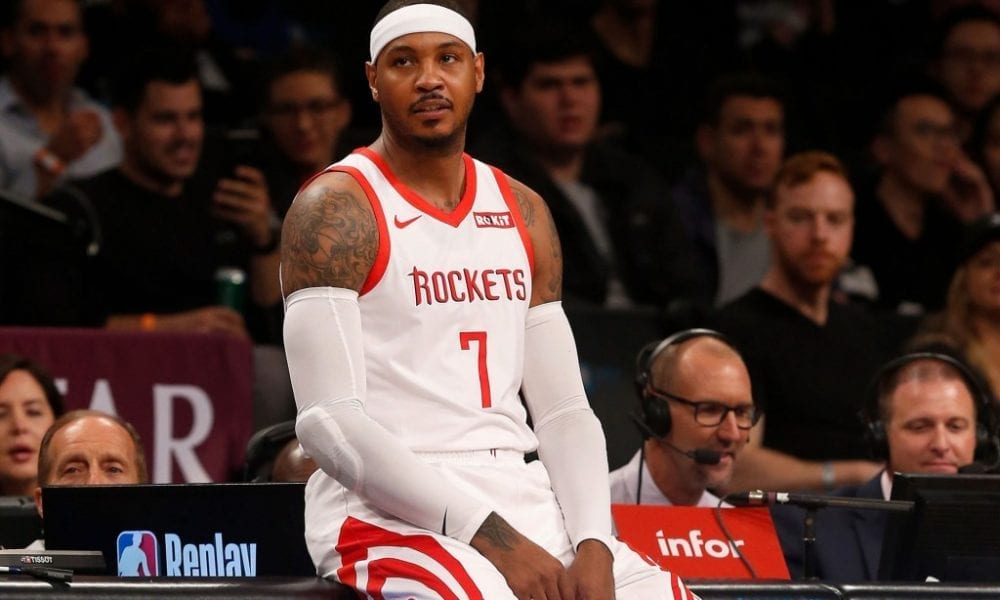 We haven’t heard from Carmelo Anthony since shooting 1-11 in his final game for the Rockets, but it looks like his NBA career isn’t over just yet with a new report suggesting he’ll be back on an NBA roster before long.

Anthony has “multiple options available” and league sources are expecting him to choose a team before the February 7 trade deadline, according to The Athletic’s Sam Amick.

Melo signed a one-year, $2.4 million deal with the Rockets in August and could now be traded or waived by the franchise.

There’s no word on which teams are sniffing around, but since getting dumped by the Rockets, Melo has been tied to the Lakers and his old buddy LeBron James.

The Lakers may be interested in signing Anthony and uniting the two Banana Boat buddies, according to The Athletic.

“The Lakers, who have a full roster and would have to waive someone to sign him if he was waived, continue to be tied to Anthony more than any other team,” Amick wrote.

The Lakers decision reportedly hinges on Melo’s conditioning and “the overall state of his game.”

But considering Anthony is coming off the two worst seasons of his career, you could understand if the Lakers approached him with caution.