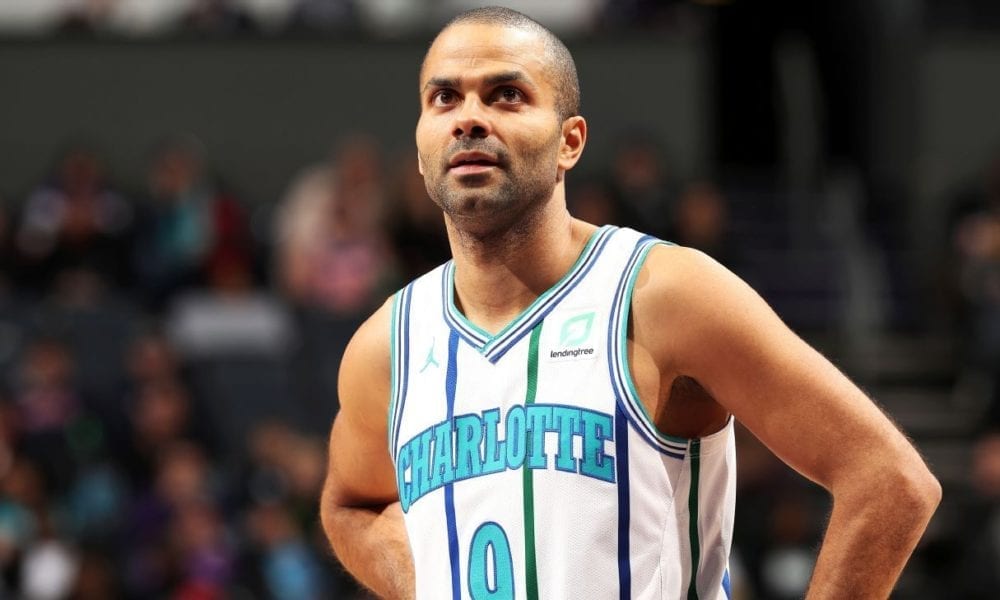 There were more than a few touching moments when Tony Parker made his emotional – and victorious – return to San Antonio on Monday night.

The emotions started the night before the game – he spent the night with Tim Duncan in his mansion in San Antonio, swapping stories into the early hours of the morning.

When it came to the game, Parker got the win at the AT&T Center like he had so many times before, but this time it was in the Hornet’s teal and purple.

Even before the game started emotions were high – the Spurs had prepared a tear-jerking video tribute that ensured there wasn’t a dry eye in the arena.

When Parker entered the game around the four minute mark of the first quarter to a deafening ovation from Spurs fans.

Fans don’t tend to forget you when you win four NBA titles and a Finals MVP to go along with it.

The 36-year-old was visibly touched by the reception, but that didn’t stop him helping his team to a 108-93 win against his former team.

After the final buzzer sounded, Parker and Spurs coach Gregg Popovich embraced in the middle of the court in the most heart-warming moment of the evening.

“I am drained, physically and emotionally,” Parker said after the game. “It was a great memory for me that I will cherish for the rest of my life.”

“I want to thank the fans for how they reacted tonight, it was just unbelievable love and I appreciate everything.”

While people watching along might have been slightly surprised by Parker’s reception, Gregg Popovich certainly wasn’t.

“I expected nothing less,” said Popovich. “Tony is a wonderful human being and a great player. He deserves all the love.”

Kawhi Leonard was the last former Spurs player to return to the AT&T Center when they played Toronto earlier in the month and, er, let’s just say his reception was a bit more icy.