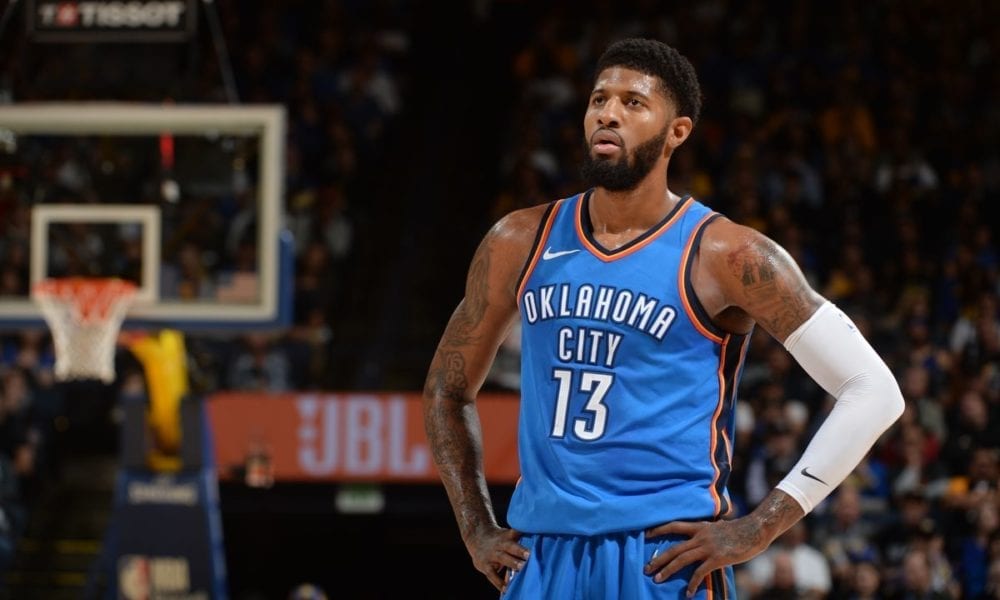 A terrible technical foul call on Paul George in the dying minutes of the game overshadowed the San Antonio Spurs’ insane double-overtime victory over the Oklahoma City Thunder.

Trailing by two with just under four minutes left in second overtime, PG drove the lane and finessed a tough layup while drawing contact from LaMarcus Aldridge to tie the game at 143-all.

When he didn’t get the foul call, George looked towards the ref and clapped his hands in frustration, kind of like Draymond Green does after every single play.

George then slapped his elbow to show what Aldridge did to him. That inspired the ref to blow the whistle, but not to grant George a foul – to give him a technical.

George was furious, OKC fans were inconsolable, and as with any controversy, Twitter was having a field day.

Among the angry Twitter mob was none other than Golden State Warriors point guard, Stephen Curry.

Curry didn’t mince any words in response to a Bleacher Report tweet of the play asking fans if PG warranted a technical.

Did PG warrant a technical here in 2OT? pic.twitter.com/5cER5hE77l

Steph wasn’t the only NBA player that went out to bat for George either, with Jared Dudley taking to Twitter in disbelief.

Dudley, Curry and thousands of angry fans all have a point – it wasn’t a tech, but especially not in the dying minutes of double OT!

Just imagine if Draymond Green did the exact same thing, there’s no way in the world that he’s getting called for a tech.

It’ll be interesting to see if the NBA says anything about it in their last 2-minute report, but it won’t do anything to change the results – or our feelings – on the matter.