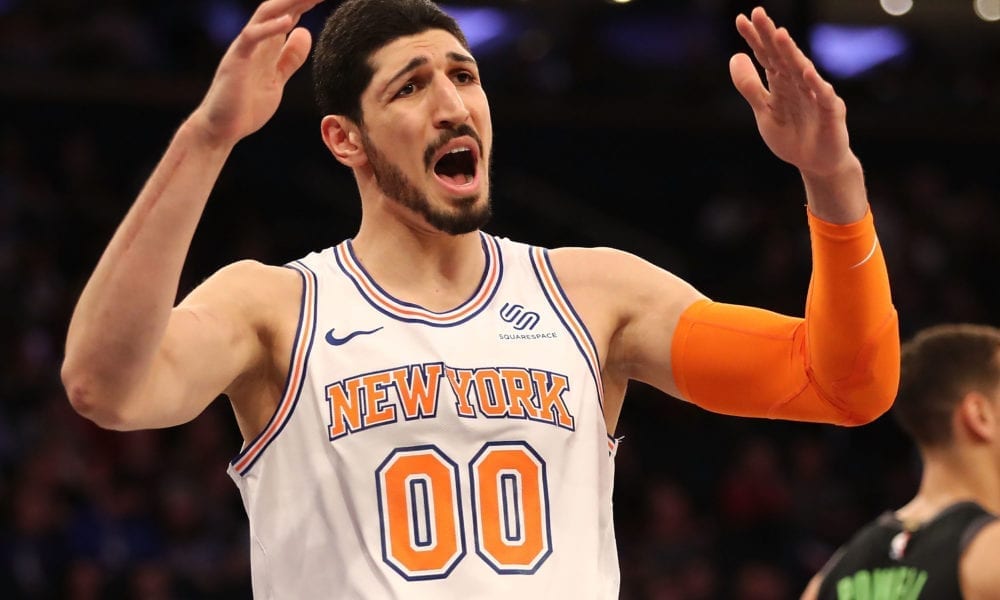 It looks like the New York Knicks organisation has finally gotten sick of all the baggage that comes with Enes Kanter.

Between Twitter trolling and ongoing battle with the nation of Turkey, Kanter has single-handedly kept the Knicks PR team busy.

His personality played a role in coach David Fizdale relegating him to the bench, conceding playing time to young players like Luke Kornet and Noah Vonleh.

Despite spending so much time on the pine, Kanter has still managed to average a double-double with 14.4 points and 11 rebounds per game.

The Turkish big man has been frustrated with his reduced role and even met with the Knicks GM on New Year’s Eve, but insists that he has never requested a trade, via ESPN.

It might not be up to Kanter though – the Knicks have received interest from various teams in the 26-year-old centre, whose $18.6 million contract will expire in the summer.

Zach Randolph, a two-time All-Star and Memphis Grizzlies legend, has not appeared for the Sacramento Kings this season after being traded there in 2017.

The Kings are hoping to get rid of Randolph’s $24-million contract and are hoping to offload several other expiring contracts in the potential trade, Wojnarowski reports.

With Iman Shumpert, Kosta Koufos and Ben McLemore entering free agency in the offseason, Sacramento could be facing a mini rebuild.

How about the Kings toss Iman Shumpert into the deal and let Shump return to New York City? Sounds good to me.