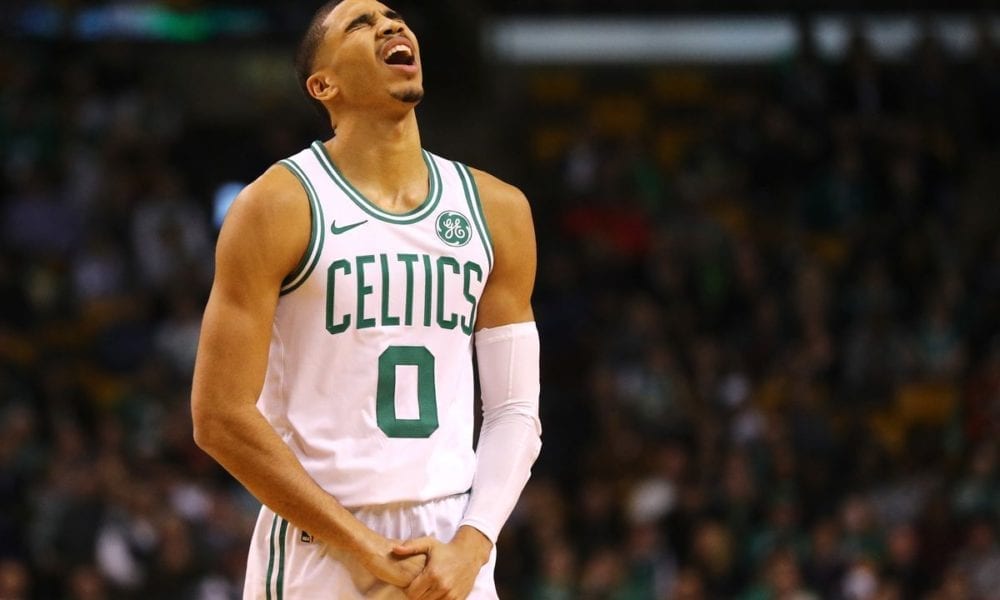 No matter whether it’s basketball or Fortnite, it can be pretty tough to admit that someone is better than you at something.

Well, that is unless you’re Boston Celtics second-year forward Jason Tatum and his dad, Justin.

While discussing the potential of trading Tatum for New Orleans Pelicans star Anthony Davis, Tatum’s father had an interesting answer.

“I probably would trade him too, if he wasn’t my son,” he told 98.5 The Sports Hub’s Cedric Maxwell.

Damn, talk about brutal honesty. Jason Tatum joined the show later and when Maxwell recounted what his father had said about trading him, Tatum wasn’t surprised.

“Yeah, I’d trade me too for Anthony Davis,” Tatum said, causing the radio hosts to burst out in laughter.

It looks like both Tatum and his father know his worth, and according to them, Davis is worth a fair bit more.

That’s not to say Tatum won’t be a star in the league – at only 20 years old he is an established scorer and a decent defender.

He manages to average 16.1 points, 6.4 rebounds and 1.1 steals a game while shooting 44.4 percent from the field in a Boston team where his role is restricted behind Marcus Morris and Gordon Hayward.

Things could get very interesting if the trade became a reality. If Tatum was to join New Orleans, he could easily turn into a 20-point plus per game scorer.

The addition of Davis would turn Boston into a Golden State Warriors-style superteam, but they’d be giving up a fan favourite and a young talent with a high ceiling.

Whatever happens, it’s pretty telling when a player admits that he would trade himself for another player.

But I guess that’s just how good Davis is.