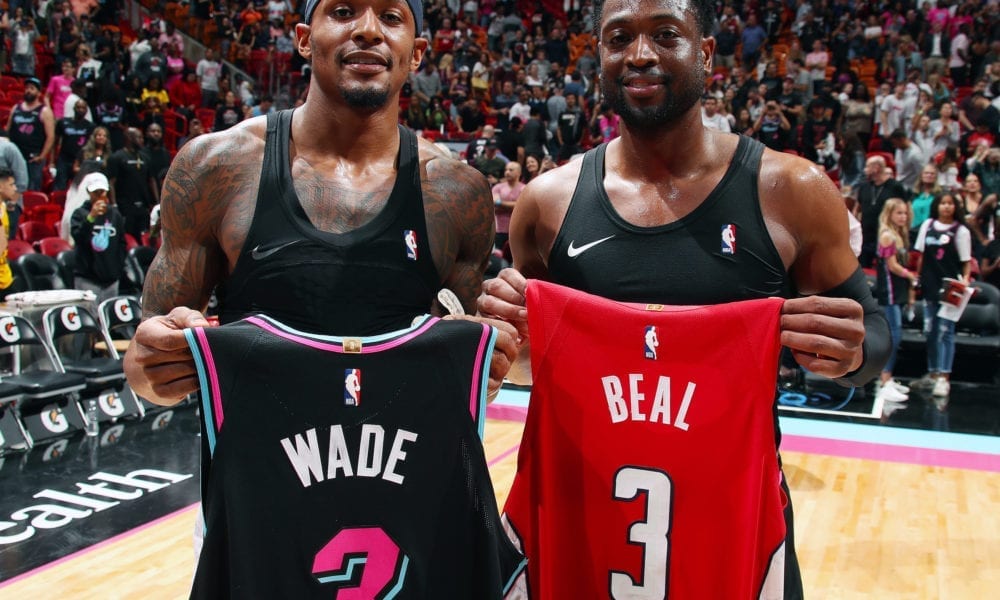 Beal revealed a secret to Wade after the Heat’s 115-109 victory at AmericanAirlines Arena.

“He’s part of the reason that I wear No. 3,” said Beal, via The South Florida Sun Sentinel. “For the first time, I told him that night. I’ve never told him that in all the years that I have played against him.”

It was a touching moment for Wade, who has inspired hundreds – if not thousands – of players during his stellar 15-year career.

Ahead of their Sunday game against the Atlanta Hawks, Wade reflected on what Beal’s admission meant to him.

“When he told me in that moment, I was appreciative,” Wade said. “Then, later on,  you get time to think about the impact that you’re able to make on the game of basketball and younger players — and younger players that have turned into young stars in our league.”

“To be able to be a part of their growth in any way, I’m humbled. … I just appreciate him for keeping it in all these years and telling me at this time when it mattered to be able to hear those words as my career is winding down.”

Beal’s act got DWade thinking about the players that he looked up to when he was coming into the NBA, and how they shaped the player he became.

“I’m humbled by it because I know those guys when I came into the league,” Wade said.

“You know, I had the [Allen] Iversons and the Kobe Bryants of the world — and those guys meant a lot to my growth when I was young. Just a special moment.”

It was a touching moment for Wade, as he was able to contemplate his legacy and look at just how impactful his career has been on an entire generation of ballers.

“Hopefully I inspired more Bradley Beals of the world,” Wade said. Hopefully more people liked my game than they didn’t like my game — because I gave everything I had to it.”

We can only hope that more players emulate Wade, who will be sorely missed by NBA fans across the world.

But just like Allen Iverson, his legacy will be kept alive by players wearing his iconic #3.