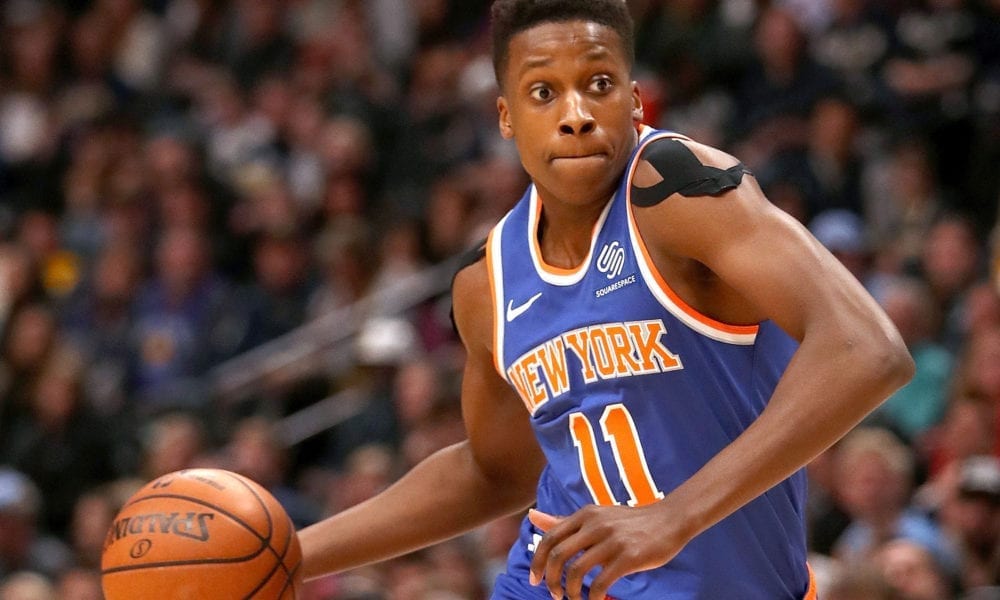 Knicks fans haven’t been used to too many highlights this season, but one of the best of the season came during a blowout loss to the Jazz on Saturday.

French-born point guard Frank Ntilikina drove to the basket during the first half and dunked on fellow Frenchman, Rudy Gobert.

As the French would say, it was c’était fantastique! The Jazz big man was seen saying something in French to Ntilikina after the dunk.

“It was pretty funny because I ate at his house the day before,” Ntilikina said, via Marc Berman of the New York Post. “So he says, ‘I feed you and that’s how you treat me?’ That was funny.”

“The chef cooked a great meal, healthy, like salads,” Ntilikina said. “We had a good time.”

Gobert ended up getting the last laugh – Ntilikina didn’t make another basket on the night and the Knicks were smashed 129-97 to increase their losing streak to six straight games.

“It was a good play [but] at the end we didn’t win,” Ntilikina said. “We learned from it and came back stronger the next game.”

While Gobert’s reaction to the slam was entertaining, getting dunked on by a 6’6″ point guard isn’t going to do his chances of defending his Defensive Player of the Year title any favours.