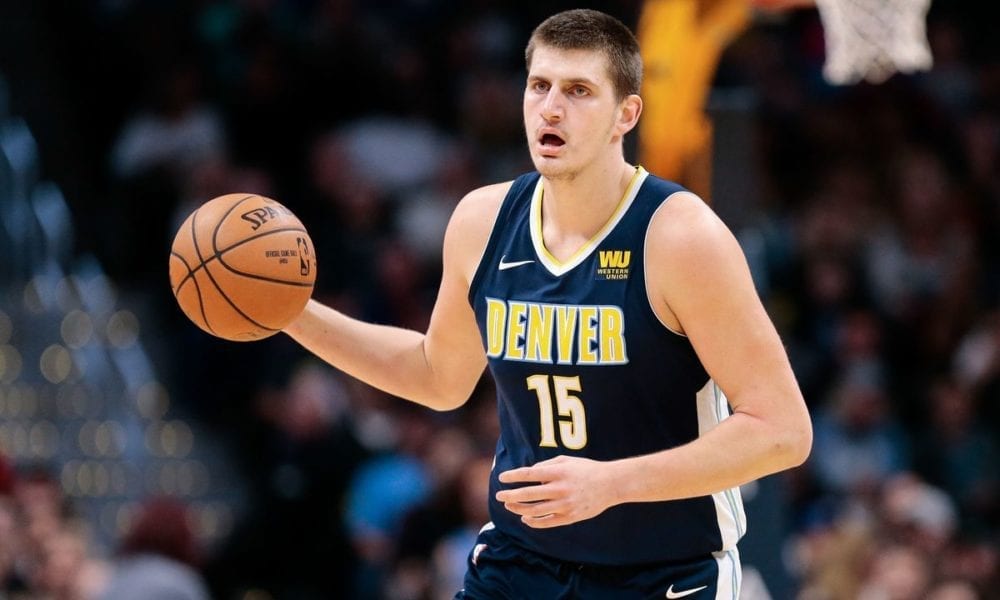 New York Knicks coach David Fizdale had some praise to give Nikola Jokic before his Knicks took on the Nuggets last night in Denver.

Actually, that’s kind of an understatement – what Fizdale said was like the Lamborghini of compliments.

Fizdale compared The Joker to arguably the greatest ever Laker, before comparing the big man’s passing skills to every guard in the NBA.

“He’s a 7-2 Magic Johnson,” Fizdale told reporters via BSN Denver’s Harrison Wind. “He’s as good of a passer as any guard in this league.”

Not a bad thing to hear, huh?

The Nuggets went on to defeat the Knicks, 115-108, and Jokic repaid Fizdale’s accolades by dropping 19 points, 15 assists and 14 rebounds.

Jokic’s performance inspired fans around the Pepsi Center to serenade him with “MVP” chants, something the Serbian native loves.

“You cannot not hear that,” Jokic said of the chants. “I like [it] loud. I appreciate it, but let’s just go step-by-step.”

Jokic found teammates for alley-oops, three-pointers and layups, sliding passes through the Knicks’ defense like a knife through butter.

“The game just came to me,” Jokic said. “In the first quarter I didn’t score that much, in the first half I kind of find my teammates… I really don’t know. Everything is not that hard.”

Now I want a poster of Nikola Jokic with the words ‘everything is not that hard’ emblazoned across the bottom to hang above my desk.

While Fizdale’s comparison is obviously a bit light-hearted, Jokic’s numbers actually aren’t too far off Magic’s.

In the third season of his career, Jokic is averaging 18 points on 49.5 percent shooting, 9.9 rebounds and 7.6 assists.

Now all we need is for Jokic to start running the point – maybe he’ll get a stint during what is likely to be his first All-Star game later next month.