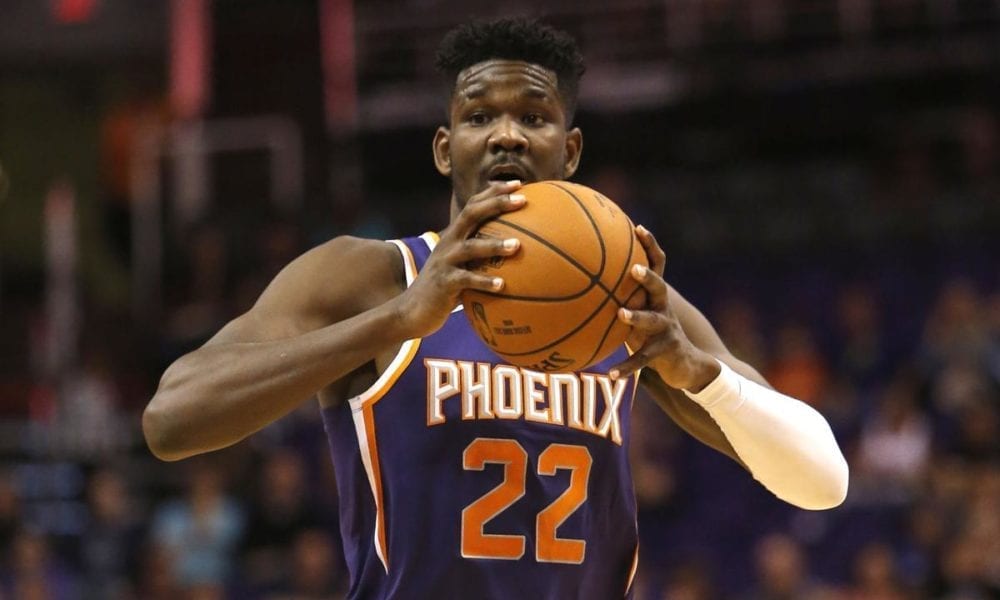 DeAndre Ayton simply has’t attracted the kind of Rookie of the Year buzz you’d expect for someone averaging close to 17 points and 11 rebounds.

Luka Doncic’s spectacular form, along with the Phoenix Suns sliding further into the abyss, had taken the wind out of Ayton’s sails when it comes to the ROY race.

In fact, Doncic has been so good that he didn’t so much take the wind out of Ayton’s sails, but cut the sails to pieces, dumped them in the sea and burnt the ship’s remains.

But now the Suns big man is fighting back in a major way.

Over the past eight games, Ayton has been on an absolute rampage, averaging 21.4 points and 14.1 rebounds on 68 percent shooting.

The Suns are 4-4 over that span, which is downright glorious compared to their previous 5-24 record.

Ayton’s recent 33-point game against Denver came on 16-20 shooting, with 24 of those points coming in a wild second quarter display.

Oh, and the big fella has managed all of this despite the Suns doing a very underwhelming job of getting him the ball, with team management failing to sign a single notable point guard.

But once he gets a decent point guard who knows where he likes the ball – while also lifting his own defensive game – Ayton will become impossible to stop.

Even now, slowing him down is a very difficult task.

He’s just too big and strong for most defenders to keep away from the basket, and he has quite the knack for latching onto offensive rebounds by sneaking around – or over – the defence.

From there, having snatched up the ball near the basket, he’s far too explosive to stop.

Just how close Ayton gets to Shaq’s level of dominance down the track remains to be seen.

But he’s already a certified monster, and you’d be crazy to miss the show.

Related Article:  The Clippers Are Doing Everything Possible To Unleash Boban Marjanovic