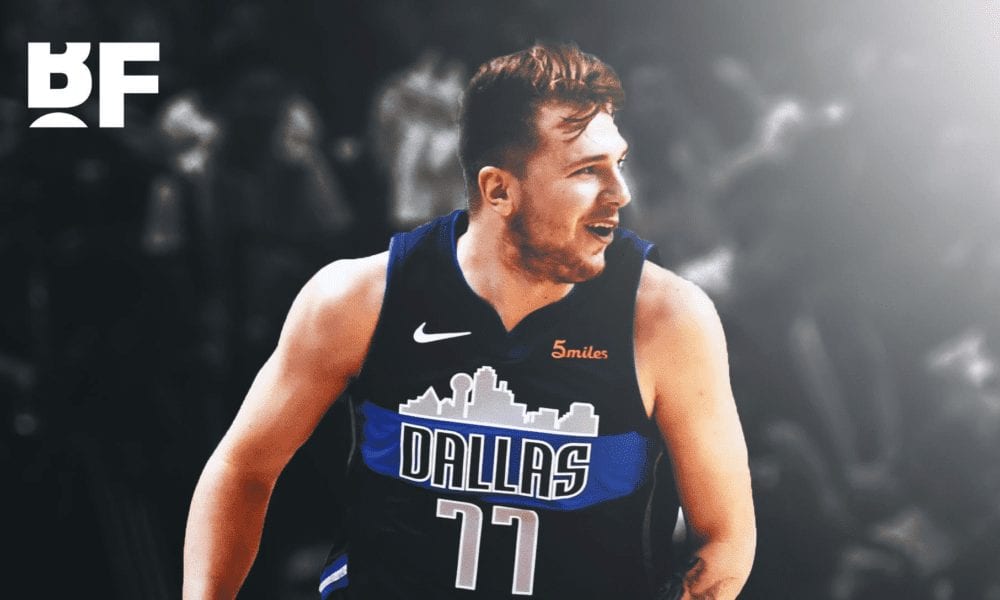 Luka Doncic’s fearless and immediate excellence in the NBA has been beyond the wildest dreams of even the most devout Doncic believers.

He entered the NBA with maximum hype and has almost instantly exceeded expectations anyway.

And it’s Doncic’s stunning production as a teenaged rookie which has drawn comparisons to LeBron James.

For someone who watched James intently throughout his childhood – Doncic was somehow only four-years-old when LeBron entered the league – those comparisons are rather surreal.

“You all know that he’s my idol, so it’s just amazing to be there.”

Doncic has been especially hot lately, averaging 24.3 points, 7.8 assists and 6.6 rebounds over his past six games.

Most recently he dropped 21 points, 10 assists and 9 rebounds in a win over the New Orleans Pelicans, falling just one rebound short of becoming the youngest player in league history to record a triple-double.

It was also the third time in five games that Doncic posted a statistical line which only James had achieved as a teenager before him.

And while the Slovenian sensation is full of admiration for LeBron, that feeling is clearly mutual.

James even mentioned Doncic’s name this week when listing players he’d like to play with.

God help the rest of the league if that ever happens.