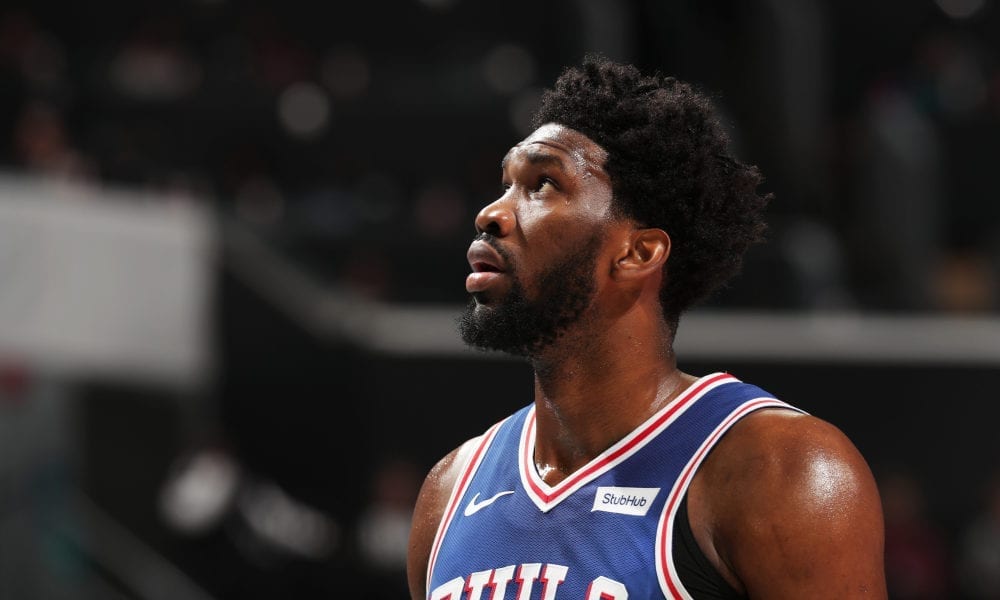 Joel Embiid’s ability to hit from deep is part of what makes him so versatile.

But according to the big fella himself, the three ball is hardly his weapon of choice.

“I only do it because of the spacing that we have, and sometimes I have to take them.

“I have to be on the perimeter, just getting guys open, because of all the attention that sometimes it seems are presented to me.”

Embiid added that he was trying to open his mind to other options when catching the ball outside the arc.

“…The last couple games, mainly the last two games, my mindset has been, if I’m on the perimeter, it doesn’t mean that I have to shoot threes,” he said.

“Even if I’m wide open, I think I had a couple of opportunities tonight and last game against the [New York] Knicks where I could’ve shot it, but I took one dribble and I took a midway shot.

“That’s what I’m comfortable with, and it’s working.”

Taking midrange shots over the three ball flies in the face of everything analytics has ever taught us.

But to be fair, it’s easy to understand Embiid’s general desire to be as close to the basket as possible.

Few do better work around the hoop than The Process himself, and it’ll certainly be interesting to observe his approach when the 76ers play the Celtics on Christmas Day.