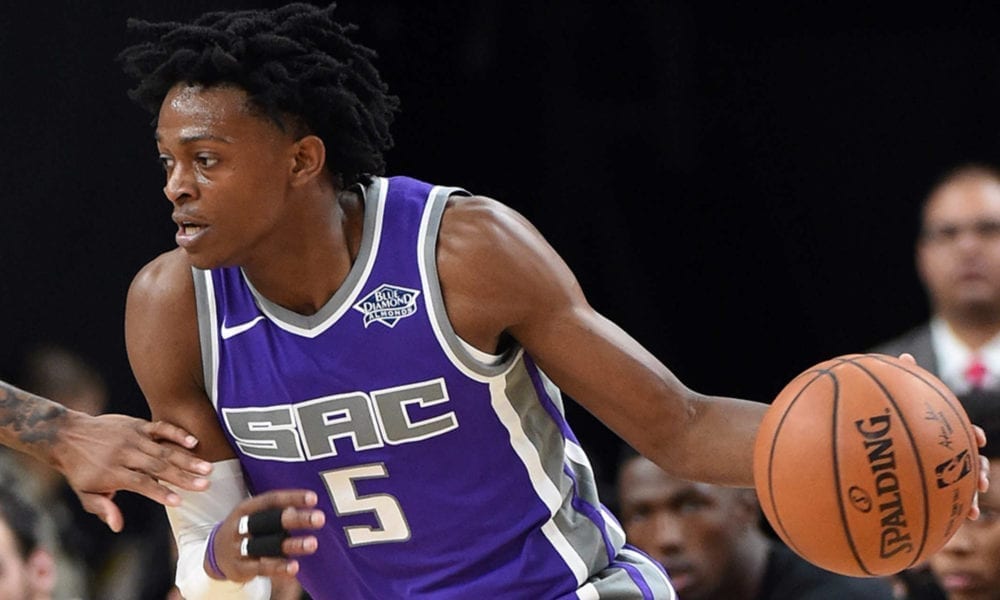 But averaging 17.9 points, 7.3 assists and shooting 38.7 percent from 3-point-range, the 20-year-old sophomore has plenty to brag about.

Fox is not only leading the surprisingly good Kings, he says he’s leading the league in foot speed too.

“People debate it all the time,” Fox said. “Top three or four fastest players in the league… Nah, I’m not up there. I’m number one.

“I be watching film and I be looking at my feet and I be like, ‘Man, there’s no way people think I’m not the fastest person.”

There’s no doubt that Fox is, well, as quick as a fox, but Westbrook and Wall are still widely considered the two fastest players in the game.

“If we’re talking about from baselines to baseline with the ball in my hands, I’m definitely the fastest person in the league.”

There you have it, straight from the Fox’s mouth. He’ll have a chance to prove his speed when the Kings play the Thunder on Wednesday.

Fox might run like Sonic, but we’ll have to wait and see how much that helps him against Russ.