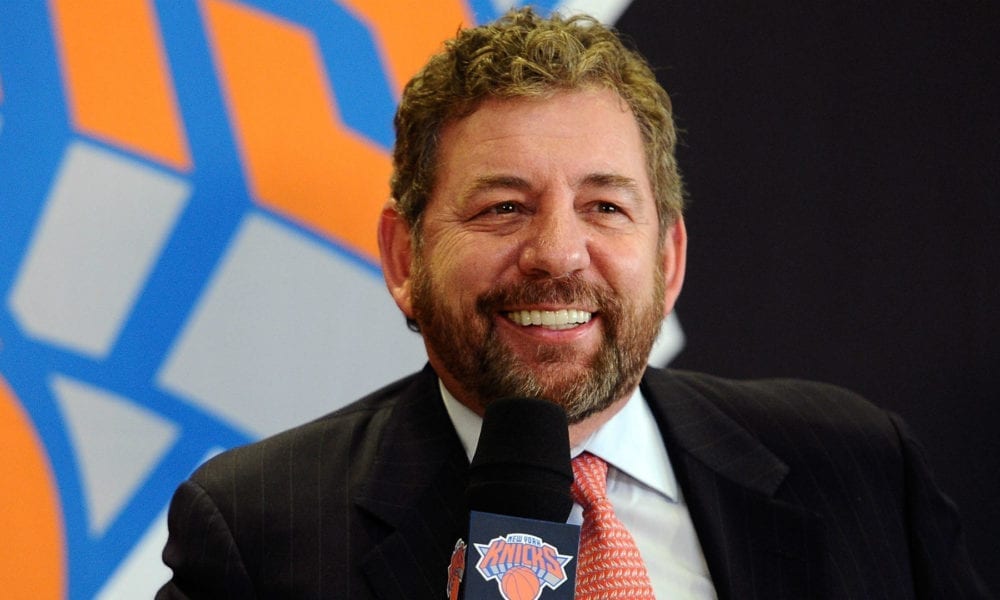 This could be great news for Knicks fans, who have always liked Dolan about as much as the Grinch likes Christmas.

There’s only one slight issue: Dolan wouldn’t consider an offer under $5 billion dollars.

“I love the Knicks and [NHL’s New York] Rangers, but you still have a responsibility to your shareholders,” Dolan told ESPN’s Ian O’Connor.

“As the head of the public company, you can’t say you can’t sell, because then you’re telling your shareholders that you own personal feelings about your assets that are more important than their money.”

Dolan said that a few interested buyers have put out “feelers” for the Knicks at around $5 billion, but that “no one has come through with a bona fide offer.”

As per usual Dolan is crazy, because while the Knicks franchise is the most valuable in the NBA, it is only worth $3.6 billion, according to Forbes.

The 63-year-old has always been unpopular with fans and it sounds like all the hatred is finally getting to him.

“I just want to be me. In New York, I really can’t go out in public without having a security person with me, and I’m hearing stuff and it’s like, ‘hey, I’m just shopping here.'”

“Usually people have negative things to say… They like to jump out, shout something horrible and run away. That happens all the time. Even at dinner. It’s not fun.”

Since Dolan took over in 1999, the Knicks have made the playoffs just five times and reached the second round only once.

Anyone got a spare $5 billion?