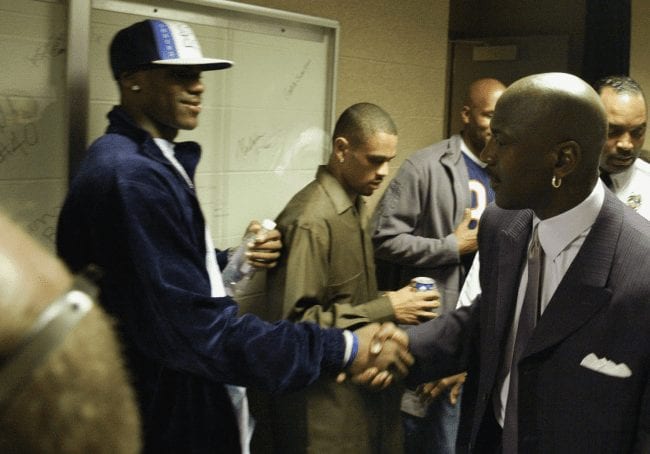 When LeBron James first met Michael Jordan at 16-years-of-age, he was already a world famous phenom.

But that didn’t mean he wasn’t as starstruck as anyone else when he came face-to-face with the GOAT.

“I’ve said that over and over before, but it was like meeting God for the first time.

Jordan was 38 at the time, getting ready for an NBA comeback with the Washington Wizards.

Seventeen years on, LeBron is approaching 34.

It’s been a wild journey for the kid from Akron, who started wearing Jordan’s number 23 in high school and now wears it as the Lakers’ biggest star.

LeBron will go down as one of the NBA’s greatest players, but he insists he’s just happy to be mentioned in the same breath as his idols.

“Any time I’m even mentioned with the greats that played this game and guys before me who laid the path, laid the grounds in this work and allowed me to be in this position, it’s always humbling and gratifying,” James said.

It’s all love right now, but you just know LeBron is getting ready to show out in front of Jordan on Saturday night and crush his Hornets in the process.