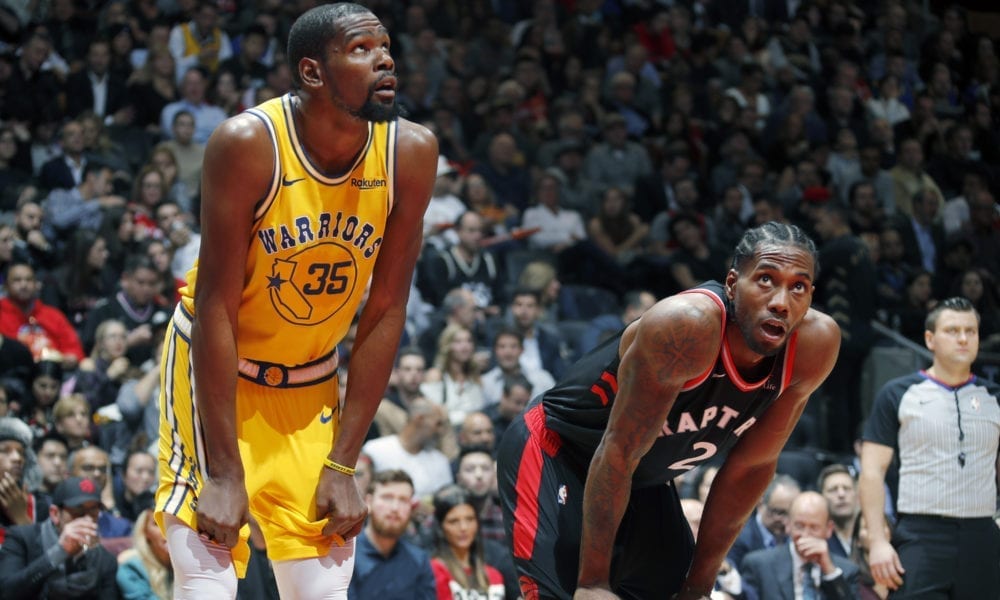 Kawhi Leonard seems too quiet to have a beef with anyone.

But sometimes it’s the quiet ones you have to watch out for, and according to ESPN’s Brian Windhorst, Leonard is about as keen on Kevin Durant as the rest of us.

“From what I heard, when Kawhi heard Kevin Durant comments about Kawhi being a system player it really, really pissed him off,” Windhorst said on The Hoop Collective podcast.

“I don’t foresee Kawhi wanting to play with KD.”

Windhorst is referring to comments Durant make back in 2014, when he claimed Leonard was “doing work like this because of the system.”

Kawhi has since made KD’s comments look even more ridiculous than they were at the time, winning a championship, a Finals MVP award and two Defensive Player of the Year awards.

Despite their history, rumours have swirled that Leonard and Durant could team up on the Lakers or Clippers next season.

Both players will be free agents in the offseason, but Leonard reportedly has no desire to play second fiddle to anyone else and if Durant wants to repair his reputation after defecting to the Warriors, joining another superteam would do nothing to help matters.