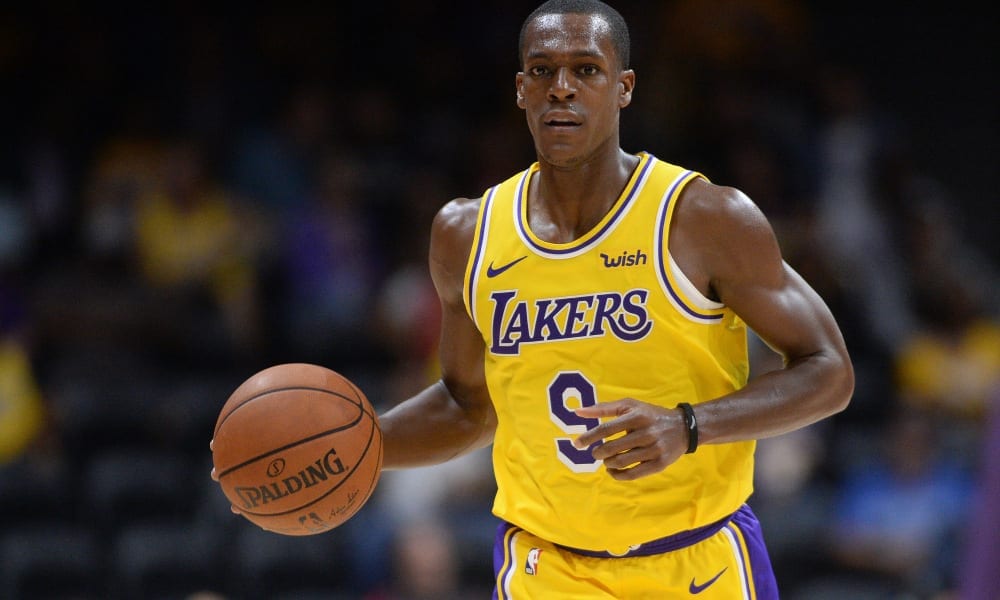 Rajon Rondo hasn’t played in almost a month and we’ll have to wait a little longer still before we can resume our Rondo-Lonzo minutes debate.

Rondo suffered a setback in his recovery from hand surgery over the weekend, according to Luke Walton.

The fiery point guard had fluid drained from his right hand on Sunday, close to four weeks after going under knife to repair a fractured third metacarpal.

“There’s a little bit of swelling,” Walton said shootaround on Monday, per ESPN.

“We’re going to shut him down for a few days then get back out after it again.”

The Lakers’ original projected recovery time for Rondo was four to five weeks.

He was back on the court with a splint on his injured hand just days after surgery, prompting questions over whether he pushed himself too hard too soon.

But Walton was quick to shoot that notion down.

“We’ve got great doctors, we’ve got a great training staff and he’s constantly working with them,” he said.

“But when players are as good as he is and have been for that long, it’s because they work really hard. So he wants to be on the court as much as possible.”