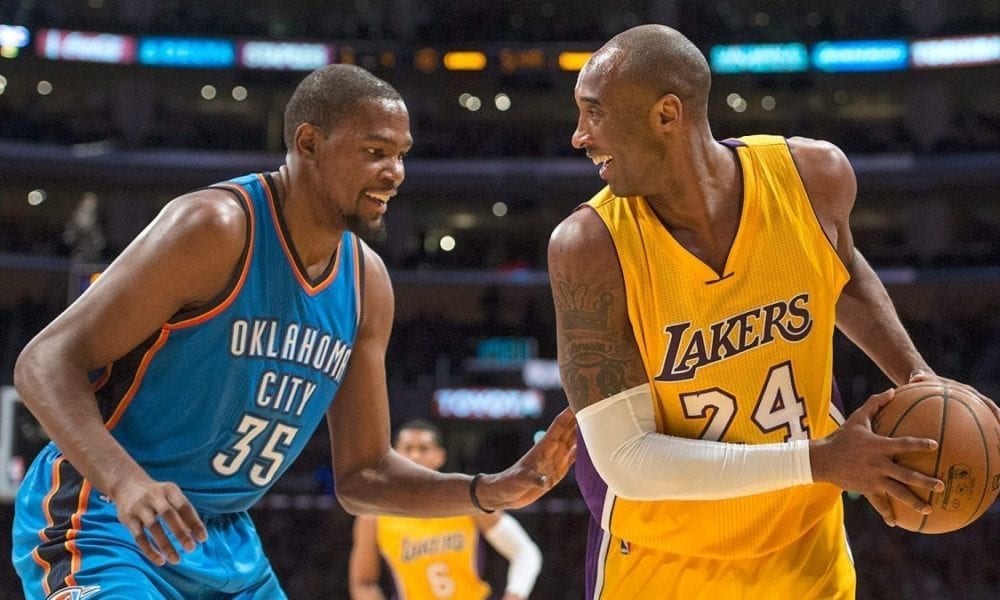 While some NBA players spend all their spare time playing Call of Duty, Kevin Durant is obsessed with watching game film.

We’ve all been there from time to time, thanks to the wonders of YouTube.

From Kobe’s 81 point game to Jordan’s flu game, there’s nothing like watching the best players work their magic.

Durant has watched thousands of old games over the years, and on Tuesday he spoke to The Athetic‘s Sham Charania about his favourite players to watch.

“I don’t understand why people don’t realise what they’re seeing in these three, especially Jordan and Kobe.

KD said that anybody that comes to his house – friends or family – are forced to watch Jordan highlights.

Durant, who has never been one for modesty since moving to Oakland, even admits that he can’t do what Jordan, Kobe and Irving do.

“I can’t do what MJ does. I can’t palm the ball. I wish. I can’t shoot the turnaround, pump-fake spin, half-spin fadeaway like Kobe or crossover like Kyrie.”

So what does he do?

“I can try it. I can do my version, do it in my way. It keeps me creative and my excitement level for the game.”