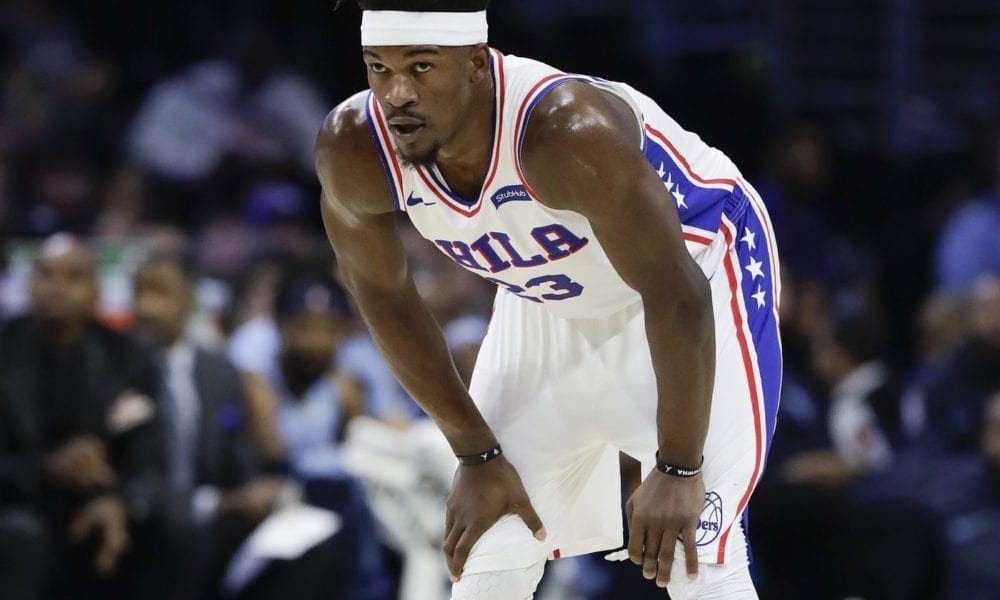 Jimmy Butler’s immortal ‘you f*cking need me’ practice will go down as one of the most infamous moments both in his career and Timberwolves franchise history.

That day, when months of tension finally came to a head, perfectly symbolised the unadulterated chaos that was Butler’s final days in Minnesota.

Now with Butler in Philadelphia and the dust well and truly settled, the fiery superstar has opened up on what actually happened in an interview on the JJ Redick Podcast.

Butler, who insisted on destroying the starting five while playing with the third-stringers, dominated at both ends of the floor.

But there was one crucial piece of information that no one mentioned at the time.

“The most interesting detail of that whole scrimmage that nobody knows: I only shot the ball once,” Butler told Redick.

“I was dominating, but I only shot the ball once.

“Dimes, boom, boom, boom. Steals, blocks. I only shot the ball one time.”

Butler went on to say Timberwolves management informed him that he had to practice that day, which he said “lit a fire” within him.

And no one stood a chance of putting it out.

“Now, first of all, I have a for-real problem with authority.

“When somebody’s telling me what to do as a grown man, I have a problem with it.”

One thing led to another and suddenly Butler was taking his rage out on the team’s underperforming starting five with all the fury of the basketball gods, or as Kobe Bryant calls it, ‘Monday’.

Related Article:  Jimmy Butler Responds To Joel Embiid Being Frustrated With His Role
-->