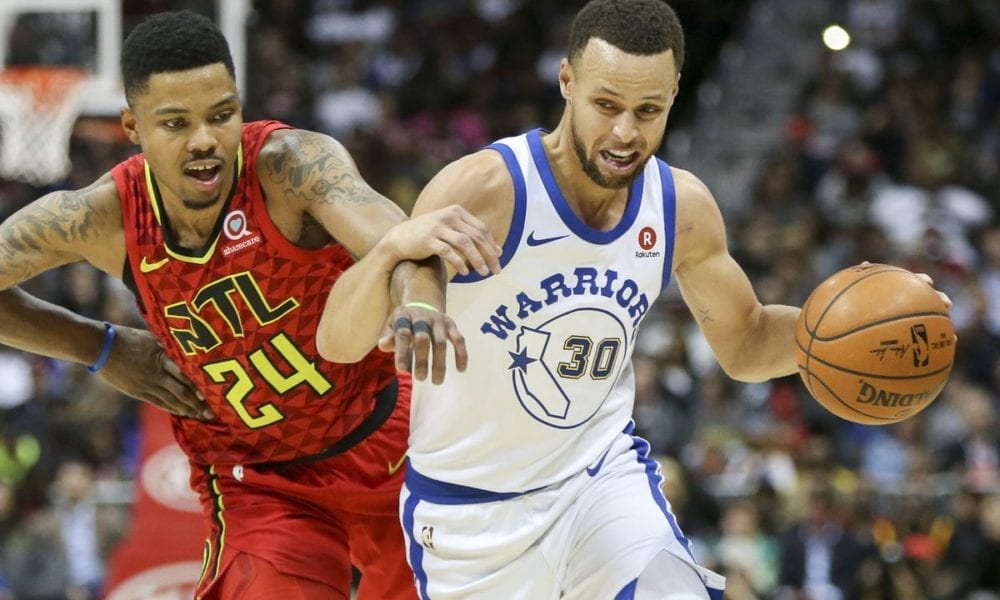 Conspiracy theories can be fun to talk about, but sometimes you just have to acknowledge that, y’know, some things unequivocally happened.

Last year Kyrie Irving made headlines when he declared the earth to be flat, and now Stephen Curry is the latest NBA star to share a baffling theory.

Stephen Curry, a two-time MVP, father and 30-year-old man, believes that NASA faked the 1969 moon landing, according to comments made on The Ringer’s Winging It podcast.

After chatting with hosts Vince Carter, Kent Bazemore and Anne Finberg for the better part of an hour about life in the NBA, the conversation turned to how movies know what sounds dinosaurs made.

Curry clearly spotted an opportunity to talk about his favourite conspiracy and dove right in.

“We ever been to the moon?” Curry asked, to which several of the podcast guests responded, “Nope.”

“They’re going to come get us,” Curry added. “I don’t think so, either… I’m starting conspiracies.”

Yep, Stephen Curry doesn’t believe in mankind’s greatest achievement. He instead believes that the Apollo program was a fiction, and that all those thousands of people that worked on it were part of a giant hoax.

I mean, can someone take the microphone away from this guy, lock him in a room and make him watch First Man?

There are some wild conspiracy theories – from Lizard People living among us to not believing Finland is real, but denying the moon landing is up there with the most idiotic.

For anyone wondering, we haven’t just been to the moon once – we went to the moon six times between 1969 and 1972.

Oh, and for anyone wondering what happens to people who deny NASA landing on the moon? That’s easy – Buzz Aldrin punches you in the face.