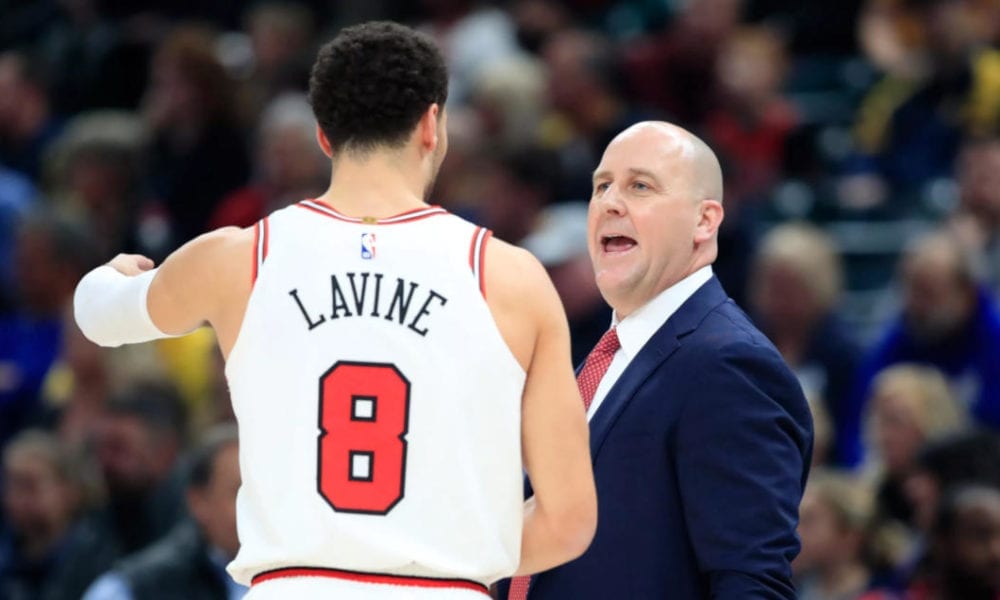 There’s a time to run military-style drills, sprints and three-hour training sessions – in the middle of the NBA season isn’t one of them.

Information has surfaced regarding the coach’s actions which have led Bulls players to contact the National Basketball Players Association, per Yahoo! Sports’ Vincent Goodwill and Chris Haynes.

After beating the Oklahoma City Thunder on Friday and a 56-point loss to the Boston Celtics on Saturday night, Boylen decided to run a Sunday practice – a breach of NBA protocol after a back-to-back.

The practice was icing on the cake after a week that included several three and a half hour practices complete with “wind sprints” and “military-style pushups”.

A Bulls veteran initially organised a strike in response to Sunday’s practice, but Robin Lopez encouraged the players to turn up to the facility.

When Boylen arrived on Sunday, Bulls players stood and told him they were not practicing, sources said.

Players then voiced their problems with Boylen’s regime, with Zach LaVine and Justin Holiday the most outspoken of the group.

The players referenced the brutal training sessions as well as the disrespect of Boylen pulling all five starters against the Celtics.

They explained that he was treating them like high school players, not grown men.

Boylen tried to excuse his actions by referencing times that Greg Popovich had done similar things at the San Antonio Spurs.

That wasn’t a smart move.

A witty player replied by telling Boylen that they’re not the Spurs and that he certainly isn’t Greg Popovich. Ouch.

While it looks like Jim Boylen has already lost his playing group a week into his tenure, but their game against the Sacramento Kings will give them a chance to bounce back.

That is if they’re not too exhausted.