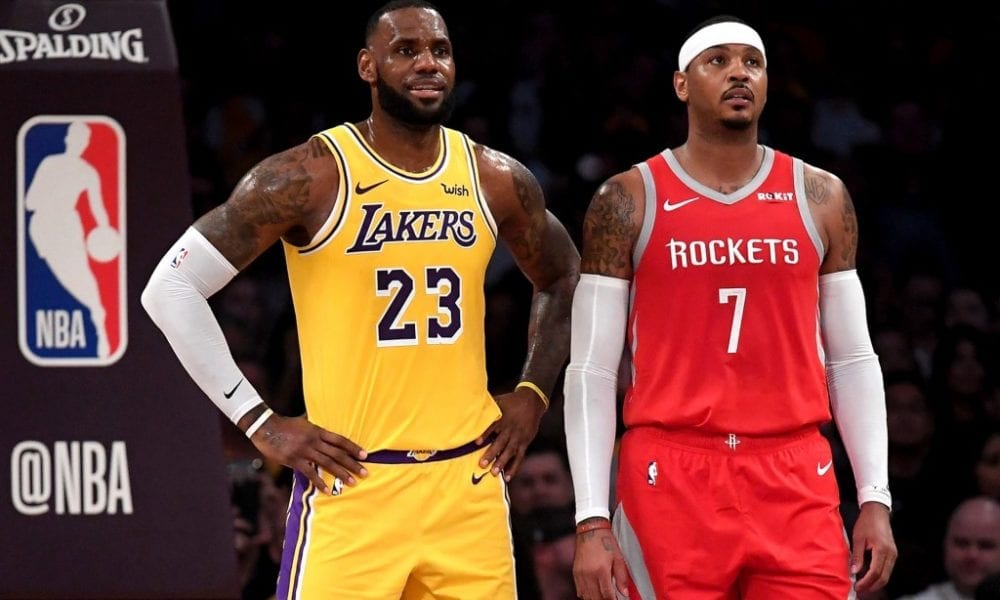 Yesterday reports broke that LeBron James wanted Carmelo Anthony to join the Lakers, but it appears the Lakers front office has other ideas.

The initial report, published by The Athletic, said LeBron still thought Melo could play and didn’t want to see his friend’s career end prematurely in Houston.

While no request had been made by James to the Lakers management, sources were adamant that LeBron James wants Melo in Los Angeles.

In response to the news that James wants Hoodie Melo in LA, sources say that the Lakers have “no interest in acquiring Carmelo Anthony,” per the Los Angeles Times’ Brad Turner.

League sources told Turner that Anthony’s management called the Lakers a while ago and they voiced their disinterest then. Ouch.

They also said that LeBron hasn’t spoken to Lakers President Magic Johnson or General Manager Rob Pelinka about adding Melo to the roster.

Seeing that the rumour was that LeBron wants Melo on the Lakers, but he hasn’t said a word about it to management, it looks like LeBron was just talking up his old ‘Banana Boat’ friend.

The news comes just days after Kevin Durant said that no stars want to play with LeBron James. Well, I guess KD didn’t say anything about washed up former-stars looking to reignite their careers.

Hoodie Melo was dumped from the Houston Rockets roster 10 games into the season, and can’t be traded until December 15.