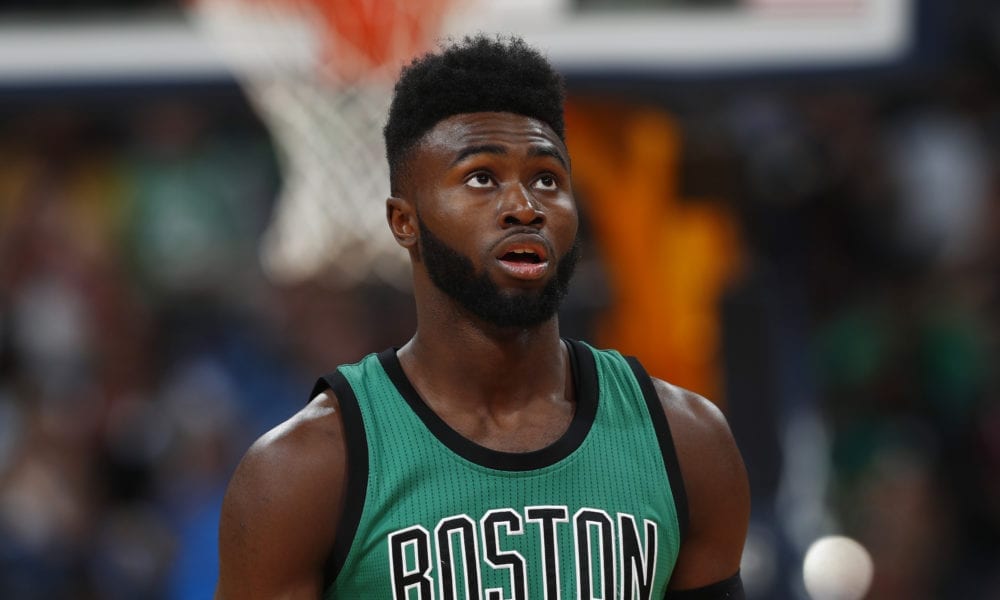 Jaylen Brown is expecting to come off the bench when he returns to the court on Thursday night.

It’d be a tough pill to swallow for a lot of players, especially those who’d been an integral piece in an impressive playoff the run the year before.

But Brown isn’t one of those players, instead choosing to take everything in his stride like an absolute champ.

“People make it a bigger deal than what it really is,” Brown said, per MassLive.

“At the end of the day, it’s basketball. Hayward came off the bench the other day and had 30 points. That’s a mindset thing. That’s a choice.”

It’s worth noting that Brad Stevens has not informed Brown he’ll be coming off the bench, it’s something that’s merely expected by those within the organisation, including Brown himself.

It’s a fairly safe assumption, considering the shot in the arm Marcus Smart and Marcus Morris have provided the team since being inserted into the starting lineup.

The Celtics are 3-0 in Brown’s absence and have won those games by an average of 19.6 points.

Boston’s original starting five featuring Irving/Tatum/Hayward/Brown/Horford simply wasn’t getting it done, and Brown is well aware of that.

If only more of his peers around the league were that relaxed about coming off the pine.