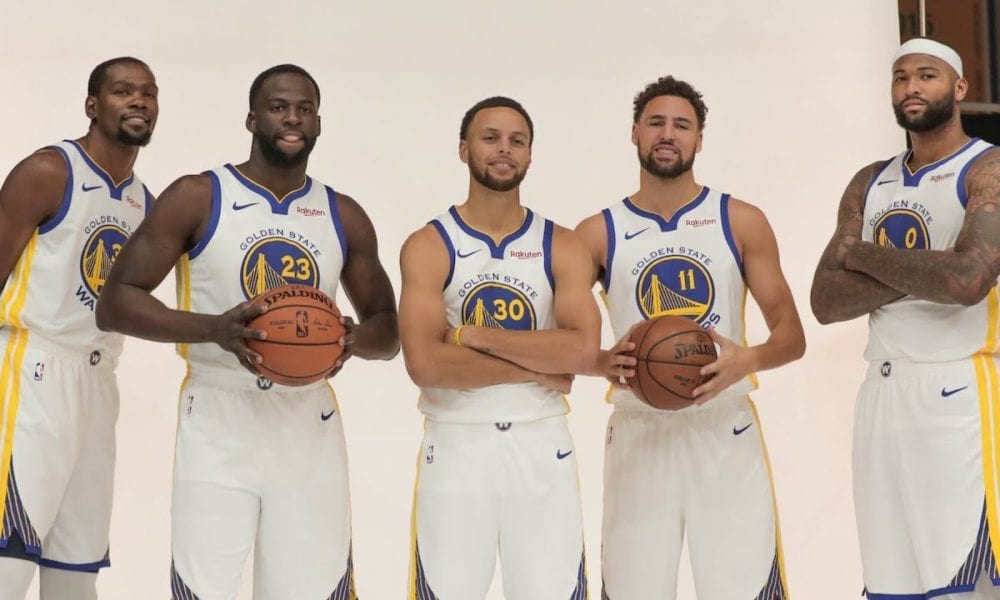 On the same night the Golden State Warriors beat the Cleveland Cavaliers to win their third title in four years, David West let something slip that made everyone stand up and take notice.

“We’re so tight, people don’t even know what we went through,” West said at the time.

“They trying to find out. …Y’all got no clue. No clue. That tells you about this team that nothing came out.”

This sparked weeks of speculation, as reporters scrambled to established what West was referring to.

A lot of behind the scenes NBA dramas stem from trivial things like ego clashes or money wagered on card games.

But this was something else entirely, with The Athletic’s Sam Amick reporting on Monday that the Warriors had in fact experienced a meningitis scare.

The revelation shook the team to its core, as the condition can be life-threatening.

It was caused by a vendor who handled the team’s food contracting a contagious form of the disease, according to The Athletic.

Initially no one was sure whether meningitis was spreading through the team, but panic definitely was.

The Warriors responded by swiftly vaccinating their players, sanitising their facilities, and bringing doctors in to reassure the team.

As Amick noted, what-if scenarios “don’t get much more nightmarish than this idea that the world’s greatest basketball team might have been in grave medical danger”.

There are a lot of ways a dynasty can end, but a medical disaster should never be one of them.