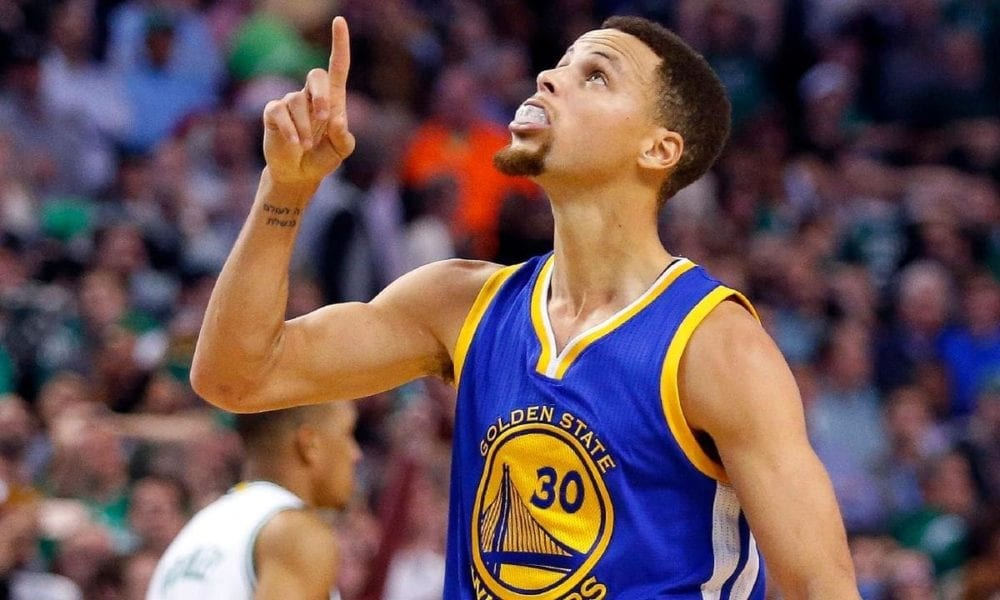 Celebrities can get a bad wrap for not listening to their fans, but during the week Steph Curry proved he’s one of the good guys.

During the week a nine-year-old girl, Riley, wrote to him asking why his latest Under Armour signature shoes, the Curry 5s, weren’t available for girls.

Steph, who was busy preparing for his return from injury, could have ignored her, or had some faceless Under Armour intern send a reply.

Instead, he penned his own handwritten reply that promised to fix the oversight, sent her free pairs of Curry 5s and unreleased Curry 6s and flew Riley and her family out for a game.

They say that moments maketh the man, and Curry’s reaction to the girl’s letter said a lot about his character.

“It’s all about trying to get better in terms of everything I represent,” Curry told reporters on Monday.

“You hear somebody say they have an experience with your shoes, and I try to serve a lot of inspiration through the kicks that I put out there – it was a vantage point I hadn’t really thought about.

“She opened my eyes – the company’s eyes – on how to get better and make some quick changes ‘cos she spoke up.

“That’s a lesson in itself right there. It’s just a great connection and a lot of change happened in terms of how we go about inspiring the next generation through my shoes and through what I stand for.”

Some cynics insist that the entire thing is a marketing ploy from Under Armour, but you could also chalk that down to the band of Steph Curry and Golden State Warriors haters.

Whether you like Steph or not, on this occasion it’s impossible not to admire his actions, actions that have transcended basketball and done just a little bit to create a better world.

What’s to hate about that?