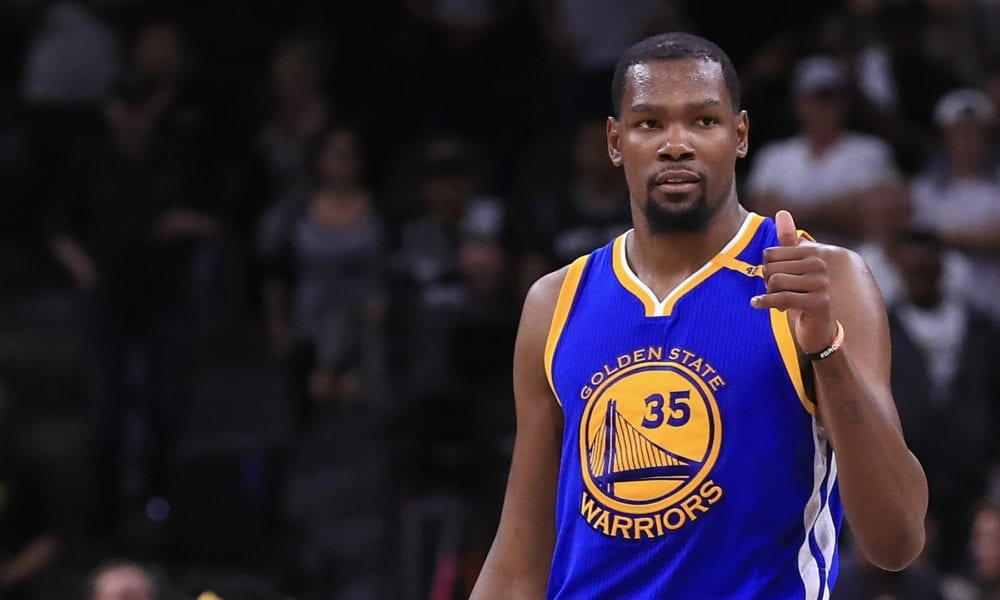 Next season the Golden State Warriors will play in a fancy new venue in San Francisco, and their star free agent is very happy about it.

Durant’s free-agency leaves a cloud over Golden State’s 2019-20 roster, but the move from Oakland to San Francisco might be what the Warriors need to hold on to KD.

Durant is the only player on the roster who currently lives in San Francisco, preferring to live in the city and make the commute across the Bay Bridge for practice and games.

To put the cherry on the cupcake, Durant’s multi-million-dollar condo is a short distance from where the new arena is being built.

With the impending mayhem of free-agency around the corner, Durant has given the city of San Francisco a review that wouldn’t look out of place on TripAdvisor.

“I wanted to be in the big city and mix it up a little bit,” Durant told Marc J. Spears of The Undefeated.

“It’s close to the [Bay] Bridge and the practice facility and arena [in Oakland]. I wanted to try it out.”

“I’ve never lived in a big city before by myself. I wanted to learn more about the flow of the city.”

Durant eats at fancy restaurants like Kokkari Estiatorio and North Beach Restaurant, is a member of one of San Francisco’s most exclusive private clubs and lives in a high-rise with views of the Bay Bridge and Pacific Ocean.

Who would want to give that up?

“I just like the vibe,” Durant said. “It’s chill. Relaxing. There is not too much going on, but there is still a lot going on. People are pretty cool, open and diverse.”

“I guess you can call me a ‘millennial’ living there now. It puts a different perspective on life.”

In the upcoming months, fans and media will read into everything that Durant says and does.

The good news for the Warriors is that KD seems to love living in San Francisco.

Fans will be hoping that Draymond doesn’t yell at him anymore so it can stay that way.