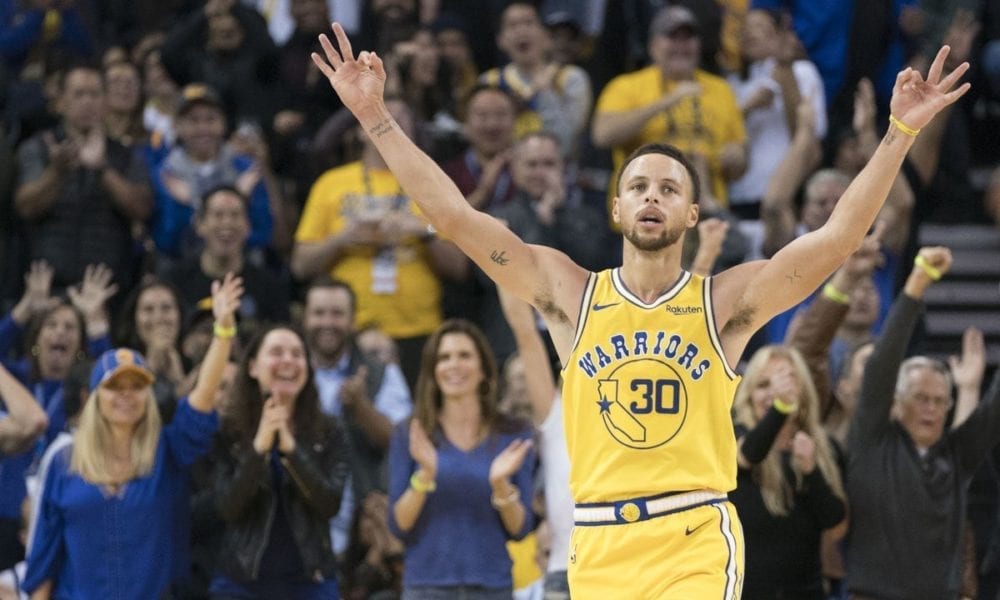 The Golden State Warriors might still be your boys favourite NBA2K superteam, but for the past 11 games they’ve been struggling without their leader Stephen Curry.

From the Durant-Draymond beef to the Warriors OT loss to the Raptors, it’s clear that Golden State isn’t the same unbeatable team without Steph.

KD has been great, but Klay Thomson and the rest of the Warriors just aren’t their best without Curry on the court.

The Warriors without Steph is like pancakes without syrup, or hipsters without a soy mocha skim latte – it just doesn’t feel right.

Besides, the Warriors just look like they’re having so much more fun when Steph is on the court shimmying with glee, pointing to the sky and chewing his mouthguard.

Golden State’s record speaks for itself: the franchise is 10-1 this season when Curry is available for the entire match, 5-7 when he isn’t.

Now, Steph is expected to return on Saturday night against Detroit, and no one is happier about it than coach Steve Kerr.

“We’ve been looking forward to getting him back.”

Prior to his injury Steph was averaging 29.5 points on 49.2% from the three-point line, five rebounds and six assists.

There’s a lot to be excited about.

Related Article:  Candace Parker Made an Absolute Fool of Shaq on Live Television