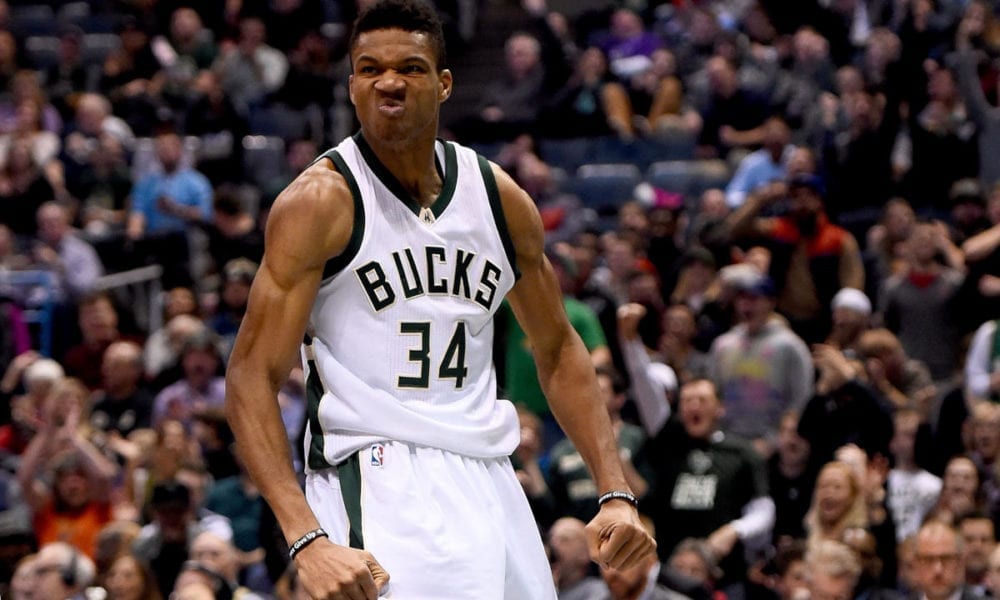 The New York Knicks will need to target Giannis Antetokounmpo when they take on the Milwaukee Bucks on Saturday night.

The Bucks are sitting at second in the Eastern Conference largely because of Antetokounmpo averaging 27.3 points on 57.7% shooting, 12.9 rebounds and six assists a game.

Basically, the Greek Freak is kicking NBA teams harder than Leonidas kicks that emissary into the giant well in 300.

So Knicks’ coach David Fizdale knows that to have any chance of winning they need to stop Giannis – the problem is that he has no idea how to.

When asked how he’ll try to stop Antetokounmpo, Fizdale had a hilarious response, via The Athletic’s Mike Vorkunov.

“You got a tractor? A tank?” said Fizdale. “Obviously we can throw schemes at him and stuff like that.”

“The guy is right now, to me, the best player in the league. He’s playing at the highest level.”

“You gotta throw the whole house at him.”

Fizdale’s response may have been tongue-in-cheek, but the thinly veiled truth is that Giannis is playing so well that there’s nothing they can do to stop him.

Seeing that their records are basically reversed – the Knicks are 7-16 and the Bucks are 15-6 – it’s not looking good for New York.

Anyone got any spare tanks laying around?