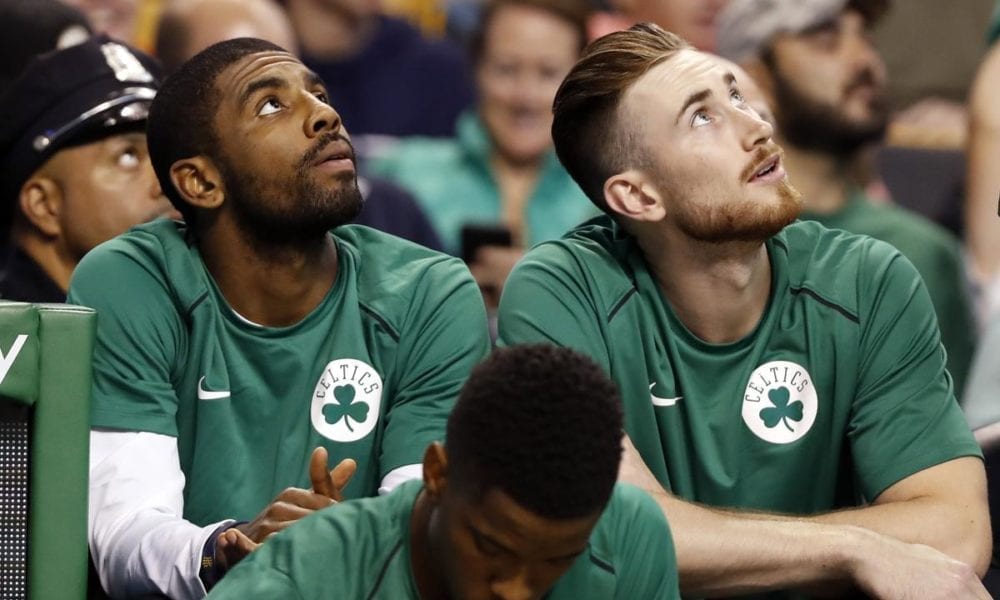 The Boston Celtics began the season as favourites to compete for a title, but chemistry issues have plagued the start to their season.

Right now, Boston is sitting at seventh in the Eastern Conference with an 11-10 record and their season is still alive, but it won’t be for long if things don’t change.

Kyrie Irving, Jaylen Brown, Jayson Tatum and Al Horford all had rough starts to the season, but their form has started turning around of late.

But since Gordon Hayward returned from his horrific broken leg, he understandably hasn’t been the same player  – even being demoted to the second unit while he regains his confidence.

He hasn’t been horrible by any stretch of the imagination, but he hasn’t been the same guy that was an NBA All Star in 2017.

Struggles are to be expected after missing almost a year of basketball and playing way too much League of Legends.

But his teammates know that Hayward can get back to his regular self.

“Honestly, I think that he’s passing a little too much for Gordon’s potential and his talent.”

“We had practice yesterday and I told him, ‘look for your shot more. Get aggressive and get yourself going because you are a great talent in this league and I don’t want you to ever forget that.'”

“Of course, he does a great job of coming off the pick-and-roll and making those passes, but I want him to be aggressive and score the basketball for us.”

Hayward averaged 22 points and 40% shooting from three-point land in his final season in Utah, and hasn’t been able to get close to those numbers in Boston.

It’s great news for fans – and Hayward himself – to know that Kyrie and his teammates believe that he can return to that kind of form.