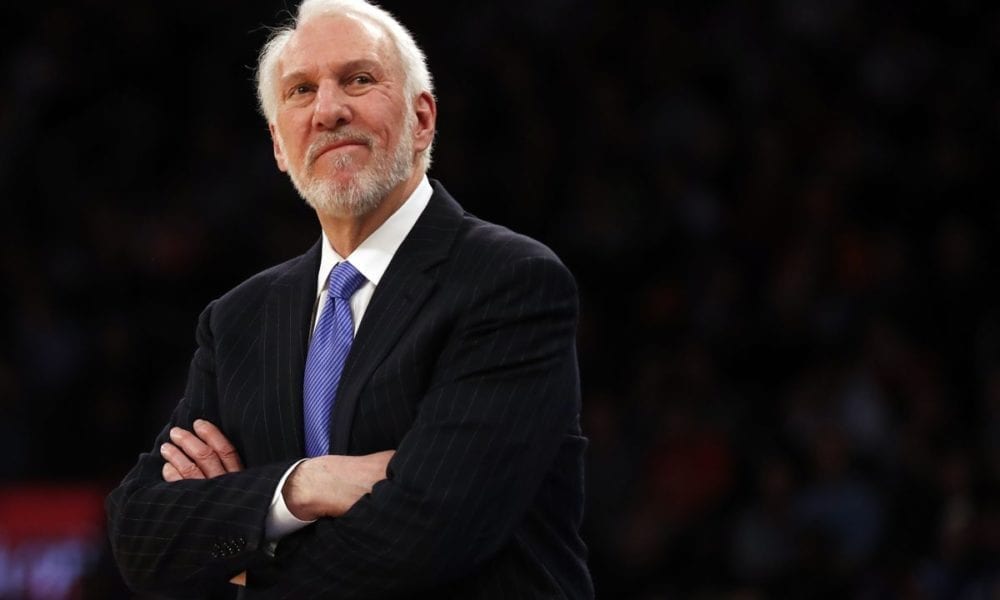 A lot of things annoy Gregg Popovich, but three-pointers are right towards the top of the list.

Despite arguably being the most valued part of the game around the league in recent times, the three-point shot wouldn’t exist if Popovich had his way.

“I’ve hated the three for 20 years…,” Popovich said this week, per Sam Smith.

“…After a game and the first thing you look at is the threes.

“If you made threes and the other team didn’t, you win.

“You don’t even look at the rebounds or the turnovers or how much transition D was involved.

“That’s how much an impact the three-point shot has and it’s evidenced by how everybody plays.”

The Spurs have never been at the top of the league in three-point attempts but have historically managed to win anyway.

Whether that will remain the case in the modern NBA, one which has two teams shooting more than 40 threes per game, remains to be seen.

Meanwhile, the fact Pop has to lean towards playing everyone else’s three-point orientated game must drive him crazy.