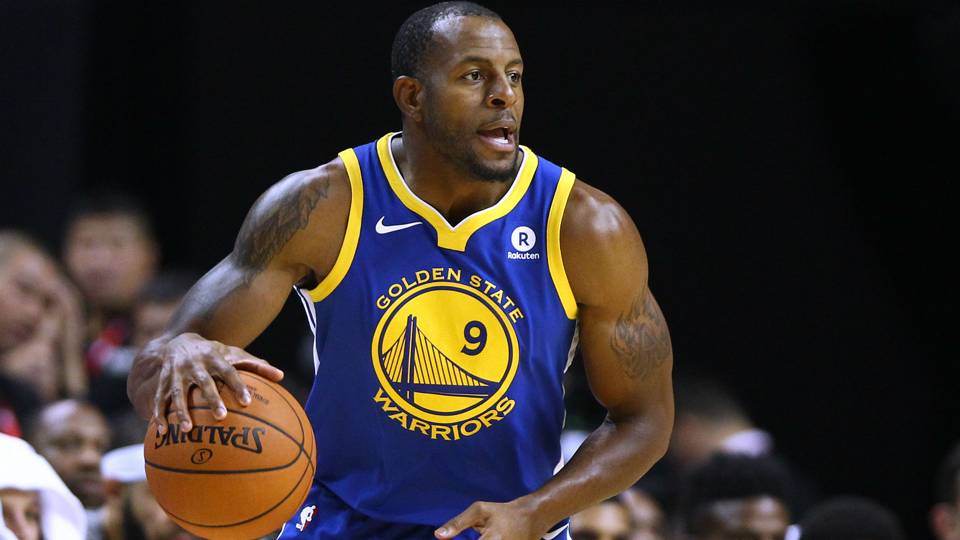 Andre Iguodala has hinted he might not finish his career with the Warriors, suggesting his time in Golden State could soon come to an end.

“I could probably play a legit five more years, but I’ll probably max out at three more after this year – maybe three more,” he told NBC Sports Bay Area.

“But if I’m not here, that will weigh heavily on what I will do. I possibly have another year here – if we win. That’s it. I know that. I’m fine with it.”

Iggy was then reminded that he’s contracted by the Warriors through to the end of next season.

Iguodala has been declining for years now, and yet has remained a valued piece in the Warriors’ puzzle.

But for how much longer?

The soon-to-be 35-year-old is the oldest player on the team and averaging just 4.5 points and 3 rebounds in 22.8 minutes – career lows in every category, including his rookie season.

That’s despite being paid an average of $16 million dollars this season and next.

However, Iguodala’s value comes not in numbers, but his intelligence and ability to adapt to any situation and provide what the team needs on any given night.

As long as he can do that, and remain a plus defender, he’ll have value.

Whether he’ll be proving those services in Golden State long-term remains to be seen.

Iggy himself certainly doesn’t seem so sure.