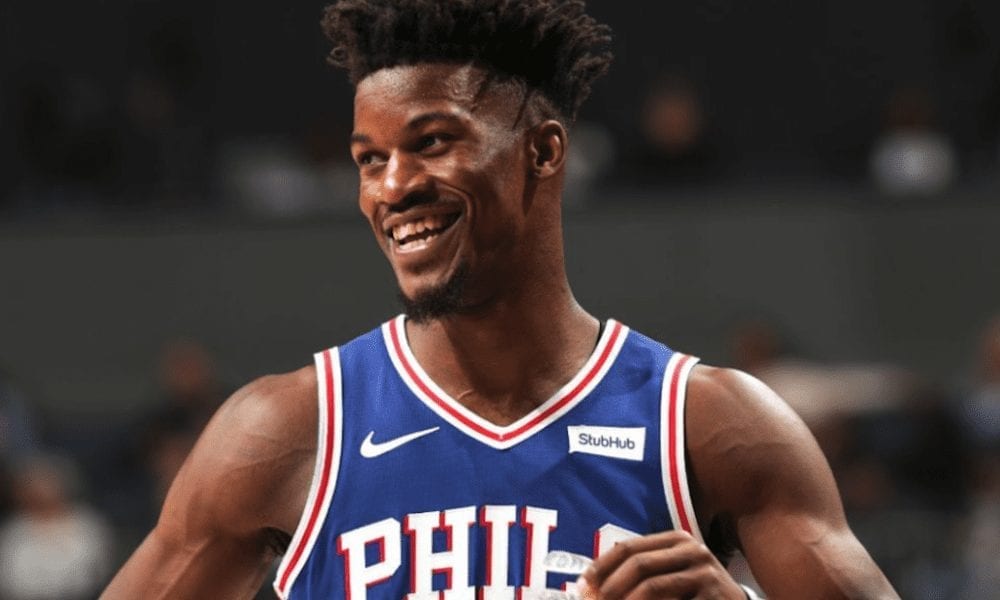 Jimmy Butler has gained a reputation for mercilessly chewing out his teammates, so the moment he was traded to the 76ers every man and his dog assumed he’d eat the struggling Markelle Fultz alive.

But Butler appears to be in a good mood in Philadelphia – so far at least – and has adopted a different approach with Fultz entirely.

“I just want Markelle to know that he got everybody in his corner here,” Butler told reporters on Tuesday.

“All the outside noise is what it is, just noise.

While Butler and his teammates appear to be vocal Fultz supporters, recent rumblings have suggested the Sixers front office is starting to lean in the other direction.

The Philadelphia Inquirer recently reported Fultz was no longer in the team’s long-term plans, and that was followed by former Fox Sports columnist Sam Amico claiming the team has discussed trading him to Cleveland.

Meanwhile, according to The Athletic, Fultz would prefer a fresh start with a new team.

The whole thing is a complete mess.

And while this isn’t much of a consolation prize, at least Butler didn’t throw any fuel on the fire.