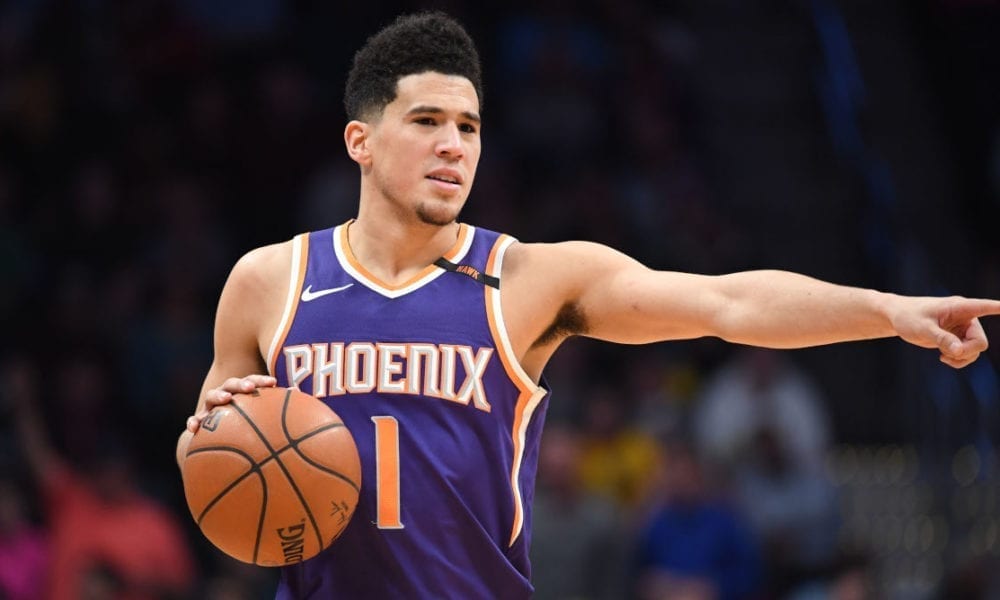 Three years into his NBA career, Devin Booker is concerned with one thing: winning.

At 22, Booker is one of the youngest franchise players in the NBA and has come a long way from being drafted 13th overall in 2015, a fact that has always bothered him.

Since being drafted, the Suns haven’t made an appearance in the Western Conference playoffs – and Booker wants to change that.

Part of that motivation comes from the five-year, $158 million extension he signed in the summer. Rookie season is over.

“My third year, now I gotta solidify myself. Now I’m here and it’s about winning for me.”

Booker has high aspirations, but he’s not crazy. He knows that Phoenix can’t compete with stacked teams like the Golden State Warriors – at least not yet.

He also knows that in the NBA carousel, one smart trade can change a franchise – and the league – forever.

“Dynasties only last for so long,” Booker said. “I’m not wishing trades upon any of the superteams.”

Booker has been doing his part to draw new talent. Since moving to point guard he has averaged 24.9 points and a career-high 7.1 assists.

He now feels that he has the talent and drive to attract free agents to Phoenix when the next superstar goes on the open market.

“If that’s through free agency, people seeing what we have here with the big fella [Ayton] and myself and wanting to join in on that, to reach higher heights, then I’m with that,” Booker said.

With the Suns currently sitting at the bottom of the Western Conference ladder with a 4-15 record, attracting free agents is going to be pretty difficult – no matter how good Devin Booker is.