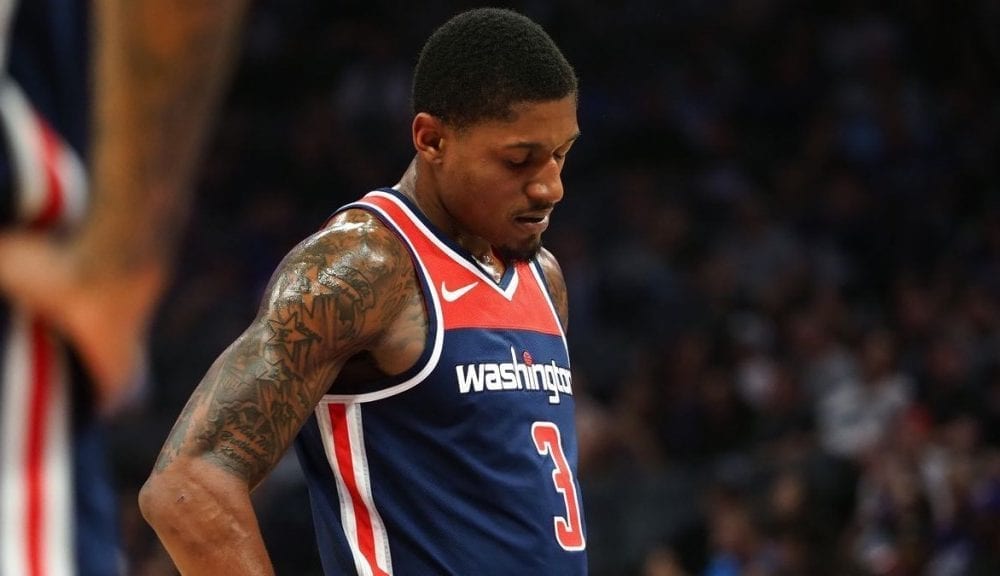 Beal wants out, according to reporter Chris Sheridan, and his claim has been backed by Bryan Oringher, a former Wizards staffer who recently defected to the media.

“That is absolutely not true,” he said.

“The only sources that would know [what Brad’s thinking] are Brad and myself.

“And Brad’s focus is 100 percent on helping the Wizards play consistent, winning basketball.”

The original report comes just a week after a series of verbal altercations broke out at Wizards practice, with Beal telling team officials, “I’ve been dealing with this for seven years.”

This also seems like a good time to point out ESPN’s Adrian Wojnarowski reported last week that the Wizards had made everyone available for trade, including the previously unavailable Beal and Wall, after failing to generate meaningful interest in their other players.

The Wizards are currently 7-12, well outside of the Eastern Conference playoff picture, and have already suffered a series of horrific blowout losses.

Related Article:  Shaq Doubles Down on His Heated Criticism of Ben Simmons
-->