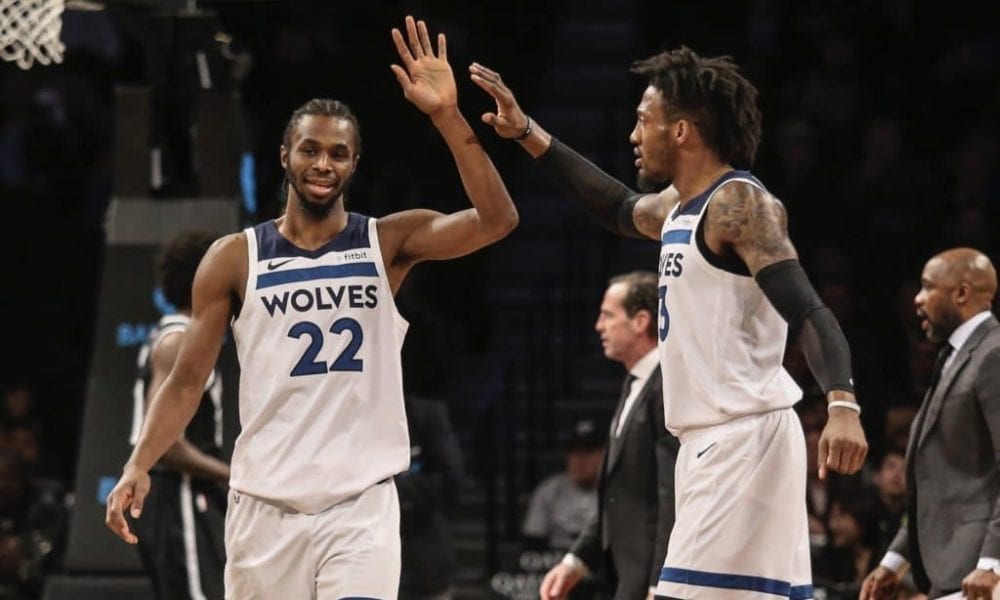 The Philadelphia 76ers were a top five defensive team last year, and Robert Covington has brought the same hard-nosed mentality to the Minnesota Timberwolves.

Covington came to Minnesota as part of the Jimmy Butler trade, and looks to have inherited the same win-at-all-costs attitude that caused the rift between Butler, Karl-Anthony Towns and Andrew Wiggins in the first place.

The only difference is that Covington isn’t getting the media involved, he’s keeping it in the locker room.

Covington and his former 76ers teammate Dario Saric, operate on an honesty policy that ensures everyone’s on the same page.

The Timberwolves have a 5-2 record since Jimmy Butler was traded, and the addition of Covington and Saric’s positivity and team-first philosophy have been a huge part of their turnaround.

When asked how long it will take for his defensive influence to sink in, Covington told Dane Moore of Zone Coverage that it “took time” in Philadelphia.

“It wasn’t just last year, it was the year before – before [Joel Embiid] got hurt,” he said.

“We was one of the best teams defensively.

“And it just came from [Embiid and me] being the head of the snake and the other guys built off of that. It was very contagious.”

Without Embiid, Covington is looking for Karl-Anthony Towns to be the new head of the snake with him.

Covington believes that Towns needs to “be the guy communicating with him” and that the key to a successful team is holding teammates accountable.

“You have to tell ’em,” Covington told reporters after the Wolves 111-96 win over the Bulls on Saturday night.

“You can’t sugar coat things. That’s one thing we had back in Philly and the same thing I’m bringing here. Tell guys if they f*ckin’ up that they f*ckin’ up.”

The words are tough, but it’s the kind of mindset that is going to be gold if the Timberwolves truly want to win.

If Towns, Wiggins and the rest of the roster embrace this standard upheld by Covington, the Timberwolves might finally reach their potential.