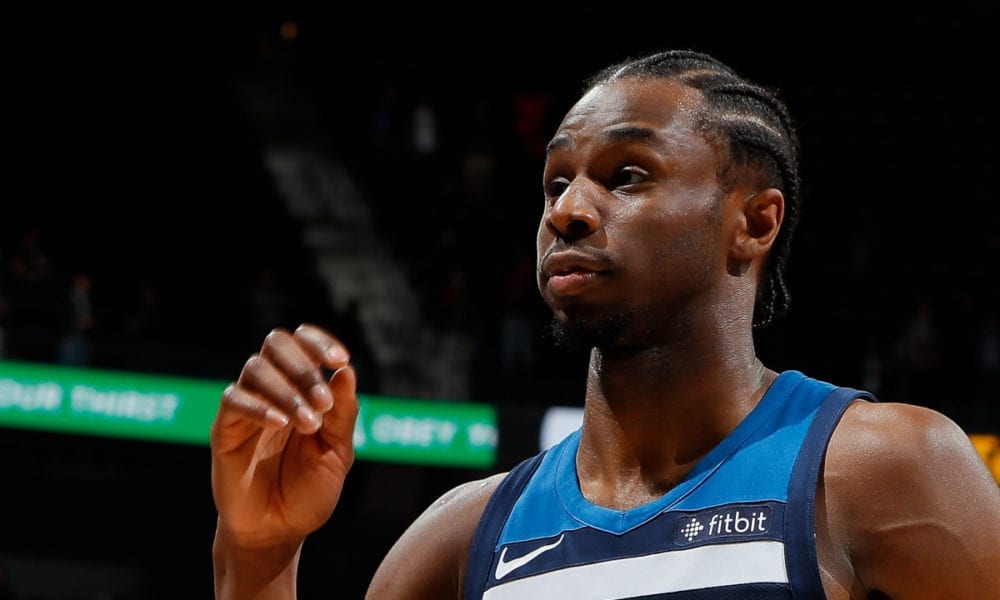 Andrew Wiggins breathed a sigh of relief when Jimmy Butler was traded to the Philadelphia 76ers earlier this month, but his stats have told a different story.

Wiggins’ field goal percentage, 3-point shooting percentage and points per game have all dropped since Jimmy Butler left for Philly.

The former number one overall pick’s problems continued on Saturday night, when he scored 0 points on 12 field goal attempts in 29 minutes against the Chicago Bulls.

He didn’t make up for his poor shooting night in other ways either, having only one rebound and assist on the night.

It is the first time in Wiggins’ career that did not score a single point.

Luckily for Wiggins, the Timberwolves beat Chicago 111-96 on the back Karl-Anthony Towns’ 35 points, 22 rebounds and 6 assists.

Coach Tom Thibodeau was quick to remind reporters after Saturday night’s game that only the outcome mattered, via ESPN.

“I think sometimes people get lost in statistics in this league,” he said.

“Sometimes, stats don’t translate to winning. And I think the winning part is important.”

His teammates had a slightly different reaction.

“The first thing we told Andrew is he came in here and we just laughed with him,” Karl-Anthony Towns told reporters.

“Everyone has a night like that. We have pretty good confidence he will come out and be just fine next game.”

The Timberwolves are 9-11 so far this season, but have gone 5-2 since Jimmy Butler was traded.

They’ll be hoping to improve their record against the Cavaliers tomorrow, and Wiggins will be looking to make a basket – just one will do.