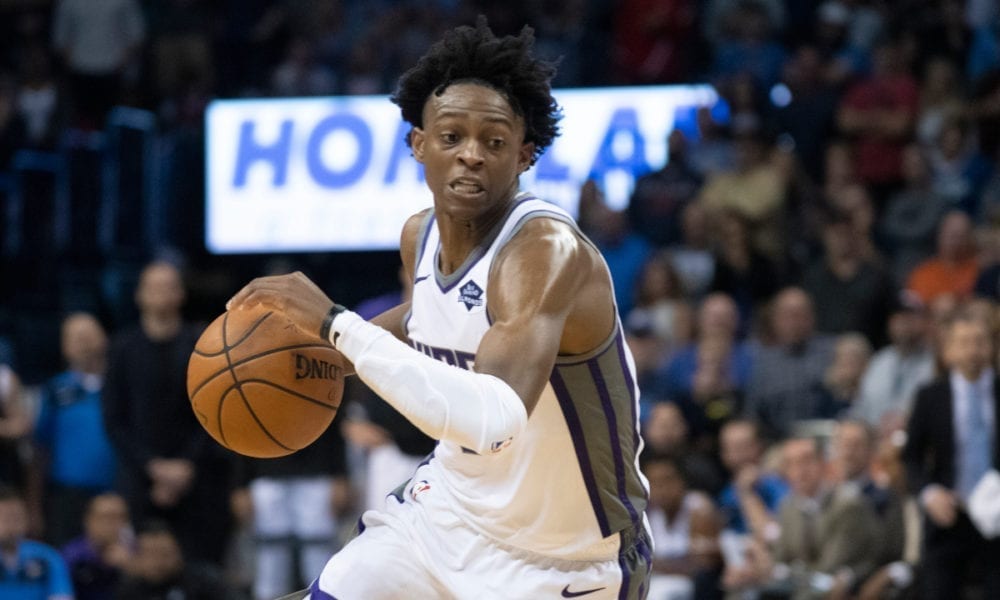 The Golden State Warriors needed every minute to come away with a 117-116 victory against the Sacramento Kings on Saturday evening.

After the tight win, the reigning champions spoke about Sacramento’s young and exciting team that’s putting the entire league on notice.

Not long ago, playing against the Kings was like playing your little brother in NBA2k: easy, and kind of boring.

But those days are over.

“It’s different to what I’m used to and they’re playing the right way,” Klay Thomson told reporters following the win.

“Their ability to share the ball, they had 28 assists and only eight turnovers, that’s a great ratio. They seem very composed for a young team.”

“They’ve got a bright future. They’ve got a lot of great young pieces. It’s good to see them playing the right way.”

It was only thanks to Klay Thomson and Kevin Durant combining for 75 points that the Warriors were able to scrape the tough win.

While Klay was impressed by the entire team, it was point guard De’Aaron Fox that caught Kevin Durant’s eye.

Fox struggled on the night, but is averaging 17 points and 7.7 assists in his sophomore season.

“If you hand the ball over to De’Aaron Fox, he will change your franchise,” Durant said, via NBC Sports.

“He didn’t shoot the ball well tonight, but you can tell he dictates the pace and he made Quinn [Cook] work all night.”

It’s refreshing to hear something positive come out of Durant’s mouth, who has spent the past few weeks feuding with Draymond Green and abusing the media.

“They got a nice team,” Durant added. “They just young right now, but they are going to be really good in the future.”

The Kings will wish that future is sooner rather than later, but as long as they can hold onto their solid young core of Fox, Buddy Hield and Willie Cauley-Stein, their time will come eventually.