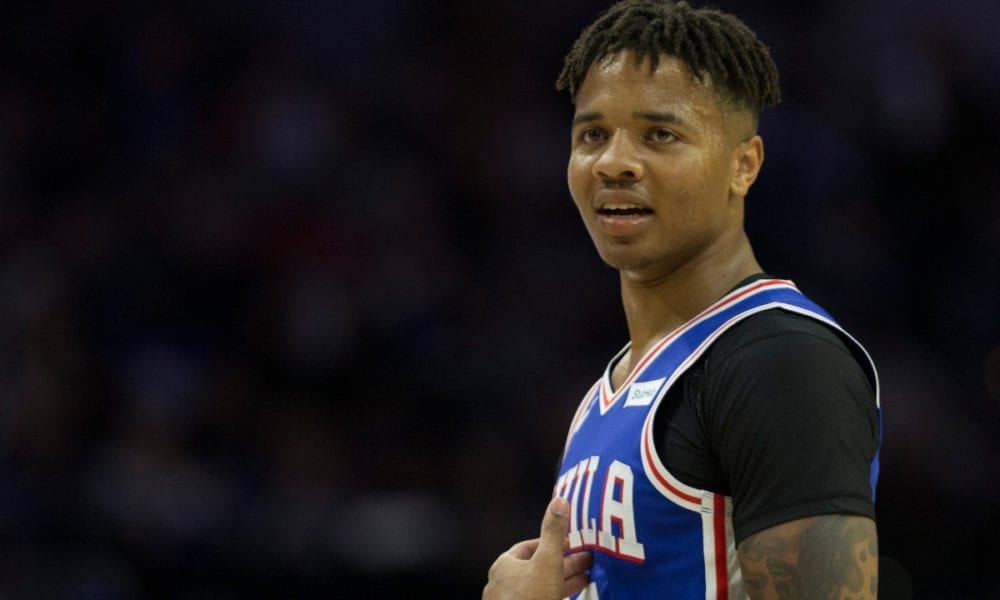 A shoulder injury, a motorbike accident, a figment of the imagination, the yips, or a horrible side-effect of revamped shooting mechanics. What is really wrong with Markelle Fultz?

League sources are saying that in addition to his shoulder injury, Fultz has been playing with an injury in his right wrist area that has affected his ability to shoot, per The Athletic‘s Jared Weiss, Derek Bodner and Sam Amick.

The wrist injury has made it difficult for Fultz to hold the ball during his shot, which might explain the hot potato routine during his free throw.

Specialists have been working with Fultz to try and strengthen his wrist area and fix his shooting stroke.

The severity of the wrist and shoulder injuries vary; some days they badly hurt, other days they don’t affect him.

The inconsistency of the injuries are why we’re seeing such erratic shooting displays from Fultz, who also at times suffers the ‘yips’ as a result.

Both the wrist and the shoulder injury will be examined by a specialist in New York on Monday.

League sources say that after all the controversy surrounding his injuries and the Philadelphia 76ers management of them, Fultz would “prefer a fresh start with another team.”

But there’s still clearly some miscommunication between Fultz and Philadelphia. The 76ers remain convinced that there are no injuries preventing Fultz from being medically cleared to play NBA basketball.

Trainer Drew Hanlen has even been blamed for making drastic changes to Fultz’ shooting stroke in the off-season.

When questioned by The Athletic, Hanlen said he wasn’t legally allowed to address the situation, but a few weeks ago in a now deleted tweet, he said that Fultz is not fully healthy.

So what is it? A shoulder and wrist injury? The yips? Nothing, as the 76ers seem to sure of? Or did Drew Hanlen single-handedly destroy Fultz’ shot?

Do any of these explain what on earth made him turn into a human 2K glitch and do that weird full-body spasm after tying his shoes?

The truth is harder to come by than a smooth Fultz free-throw. However, a league source may have the golden ticket, saying: “it is as much a mental hurdle as it is a physical one.”

Whatever the case, it looks like it’s a mystery that isn’t going to be solved any time soon and the chances are, it won’t be solved in Philadelphia.