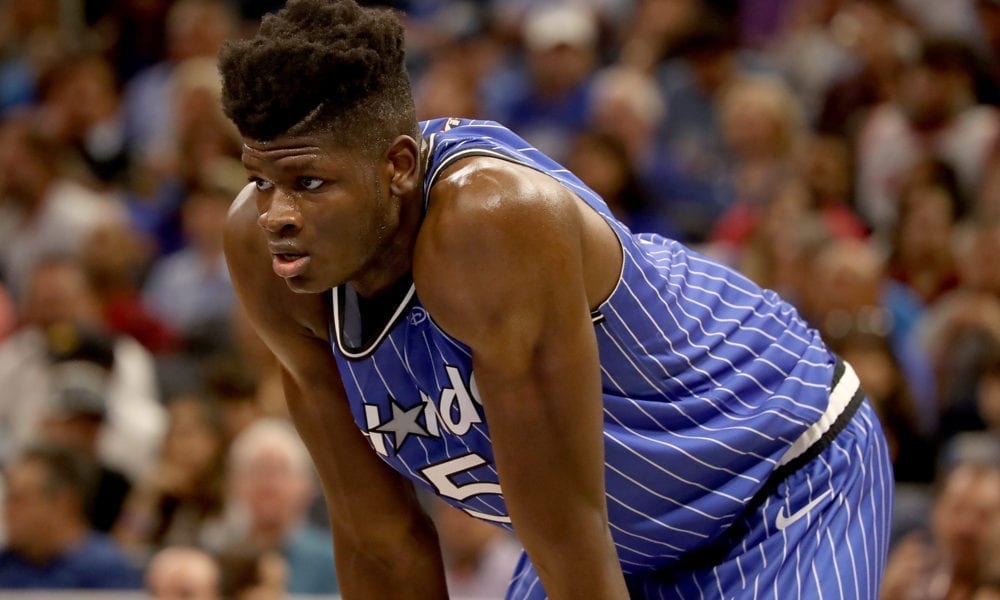 There’s almost seven years between them but that hasn’t stopped Kawhi Leonard and Mo Bamba forming an unlikely bond.

Bamba met Leonard through his half-brother Sidiki Johnson when he was younger, and when Johnson was imprisoned for second and third-degree armed robbery, it was Leonard who filled the void.

“After my brother went away for a while, Kawhi reached out to me,” Bamba told John Denton of OrlandoMagic.com.

“He just kind of stepped up and played the big brother role for me.

“He’s always been a family friend for us.”

Now that Bamba has made to the NBA, having been drafted sixth overall by the Orlando Magic in June, Leonard couldn’t be prouder.

“We all had high hopes for him and I remember him saying that he was going to get here (to the NBA),’’ Leonard said.

“I’m really proud of him for making it and being a top-10 pick. He looks comfortable and looks like he belongs here.

“He’s playing with confidence, shooting the ball well and doing a good job of helping on the weak side of the defence by blocking shots. He’s doing really good.”

The two of them got the chance to catch up when they went head-to-head in Orlando on Wednesday night, with Leonard having the last laugh as his Raptors escaped with a 93-91 win.