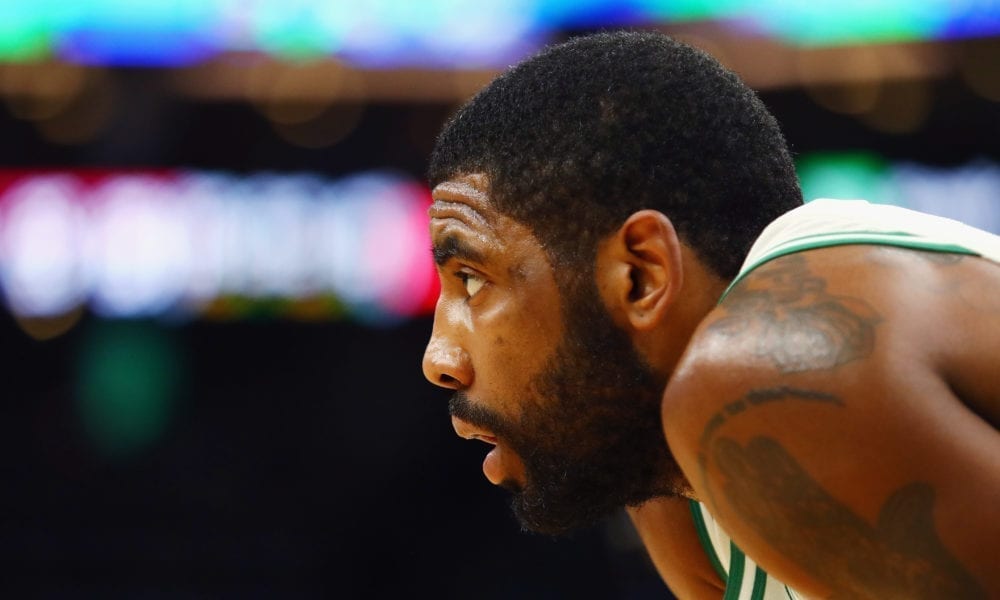 Kyrie Irving has apologised for saying “f*ck thanksgiving” after his remark immediately came under intense scrutiny.

Irving made the comment after his Celtics suffered a 117-109 loss to the Knicks at TD Garden on Wednesday.

After being wished a happy Thanksgiving by a reporter after the game, Irving responded that he didn’t observe the holiday, before saying, “f*ck Thanksgiving.”

But on Thursday he made a point of taking those words back.

Meant no disrespect to the Holiday and those who celebrate it respectfully. I’m grateful for the time We all can share with our families. We are always ONE. 🔺👁

He later told NBC Sports Boston that his comments also stemmed from his Native American heritage.

Irving’s mother was a descendant of the Standing Rock Sioux tribe, and in August he participated in a Lakota naming ceremony and was given the name “Little Mountain.”

By now most of us are used to Kyrie Irving saying some pretty unexpected things.

But that doesn’t mean his comments aren’t prone to rubbing people the wrong way.

It was the same with his much-talked about flat earth comments, which according to Irving himself, upset a large number of science teachers who claimed he had just made their jobs a whole lot harder.

Kyrie clearly means well, but it might only be now that he’s realising the true weight his words carry.