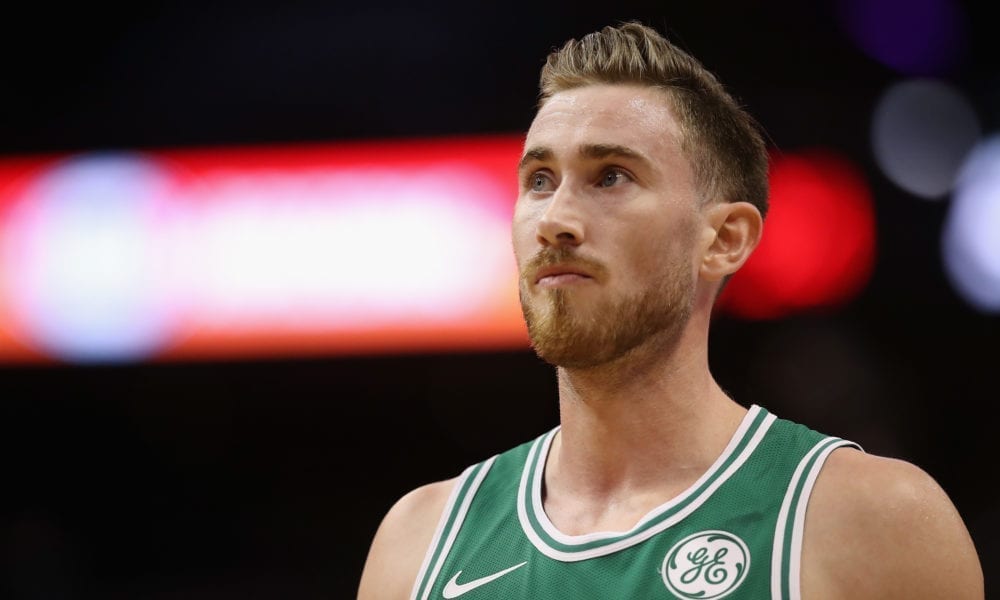 Gordon Hayward’s hotly anticipated return was supposed to launch the Celtics into another stratosphere.

Instead, he’s one of the primary factors preventing their take-off.

Coming off his harrowing ankle fracture from a season ago, Hayward has been a shell of his former All-Star self.

Perhaps most alarmingly, the former Butler standout’s game is almost completely devoid of both confidence and aggression.

He simply isn’t looking to attack, with his offensive game reduced to an endless series of drives and kicks.

Hayward was averaging a dunk per game in Utah, but has managed just three jams over his first 16 appearances in Celtics green this season.

Watch closely and you’ll notice Hayward calling for picks with abnormal frequency, even when he has a mismatch.

It’s hard to know whether this is a product of non-existent confidence in his body or if he physically isn’t up to it.

Whichever it is, the end result is the same.

What are you meant to do with a supposed offensive weapon who can’t drive or shoot?

Hayward’s managing just 9.8 points per game, hasn’t topped 20 all season, and has been pulled from a previously hyped starting lineup which has submitted a truly abysmal offensive rating of 90.8, a good 10 points below the worst offensive team in the league.

The Celtics are 27th in offensive rating and badly need some playmaking from their struggling wing.

But it comes in spurts at best.

At worst, it doesn’t come at all.

None of this is Hayward’s fault, and his second surgery in May only made matters worse.

But none of that changes the unfortunate fact that he’s providing minimal production while getting paid a whopping $128 million over four years.

The former Jazz star’s situation also comes with slight Markelle Fultz vibes, in the sense that his coach has been forced to choose between an embattled player’s long-term development and short-term wins, with mounting external pressure to push for the latter.

Boston is unlikely to win a championship without an in-form Hayward, but he’ll need a lot of reps to get there.

Optimists will note that severe injuries can take a full 82 games to truly overcome.

And it’s looking like Hayward will need every last one.