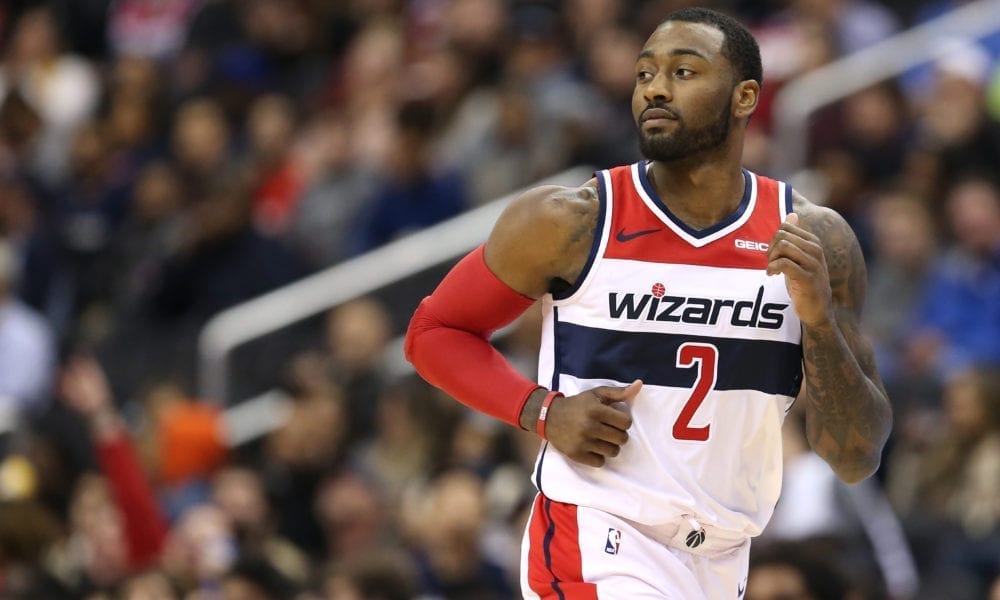 The Washington Wizards have famously been one of the unhappiest teams in the NBA all season, and yet John Wall insists he wants to spend his entire career with the franchise.

That’s despite the visibly awful chemistry throughout the entire squad, as well as multiple verbal altercations breaking out at a recent practice.

“It’s something we’ve put past us,” Wall said, per The Washington Post’s Candace Buckner.

“I love being a Wizard.

“I’ve been here for nine years.

“It’s where I want to finish my career.”

While it’s easy to be sceptical about the sincerity of that statement, and how long it will hold up as Wall ages, he may well remain with the team purely due to circumstance.

Wall will be owed an average of 42.5 million per year over the next four seasons, making it extremely hard for the Wizards to trade him.

So even if Wall didn’t really mean it when he said he wanted to stick around long-term, he might want to get comfortable anyway.