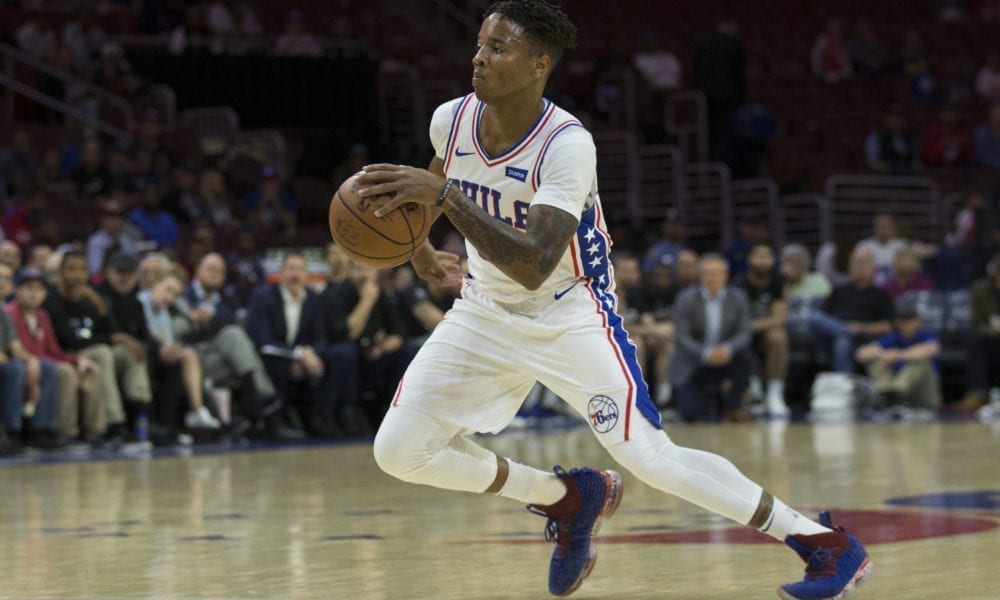 Markelle Fultz’s place on the 76ers was called into question when Jimmy Butler arrived in Philadelphia last week.

But during Monday night’s win over the Suns, it was TJ McConnell who made Fultz appear superfluous.

Despite posting just two points, one rebound, one assist and two steals in eight minutes, McConnell brought the Sixers to life on a night they looked like losing to the worst team in the Western Conference.

He made plays all over the floor, much to the delight of the ever-active Philly crowd, and Fultz was forced to sit and watch having lodged a scoreless seven minutes.

We knew the 76ers were better with Fultz bumped from the starting lineup, and tonight they looked better when he’d been bumped from his backup spot too.

But despite his depressing night, Fultz remained upbeat when asked about competing for minutes with McConnell.

“Our relationship is more than teammates,” he said postgame, per ESPN’s Tim Bontemps.

“We both want to see each other do well, and we want to see the team win, so anytime one of us step on the court, we are probably rooting for each other more than most people. That’s how it is.

“You definitely want to go out there and compete … I’m a competitor. But, at the end of the day, coach made a decision to do that, so I have to live with it.

“My mindset is just, when I step on the court, go out there and play. But while TJ is out there, I’m rooting for him.”

It marks a further fall from grace for Fultz, even just within this season, having started 15 of his 18 games to begin the year.

Related Article:  KAT May Have Avoided Serious Injury After Being Helped Off the Court

Brett Brown has been committed to starting the former number one pick, despite their previous starting five – which featured JJ Redick alongside Ben Simmons, instead of Fultz – being one of the league’s most prolific last season.

The question now is whether Brown will revert back to playing Fultz significant minutes, or veer away from it with the pressure to win reaching new heights following Butler’s arrival.