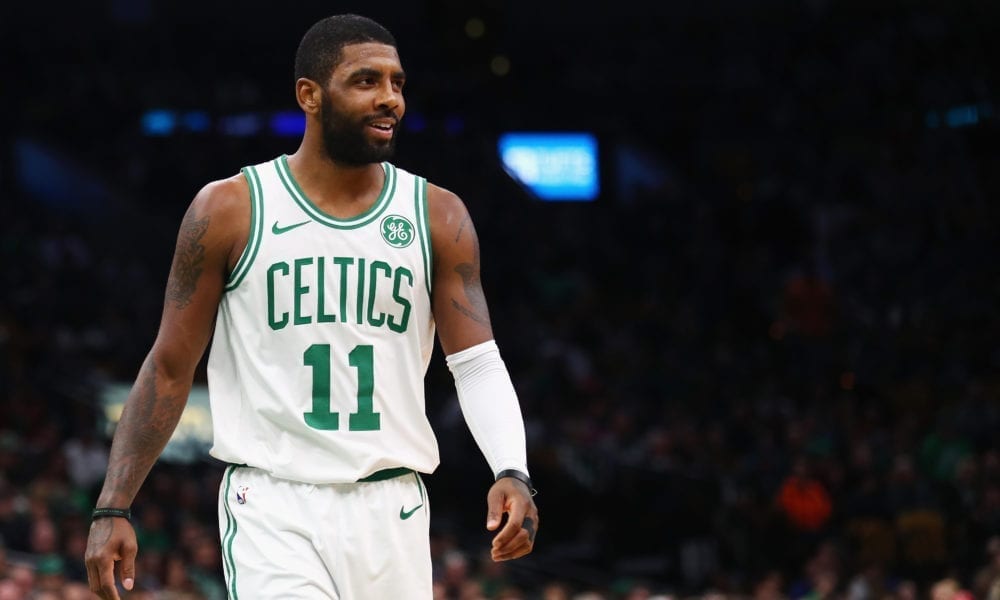 Kyrie Irving believes defence has fallen by the wayside in today’s NBA.

And as an expert on playing as little defence as physically possible, he would know.

As if to illustrate Kyrie’s point, Walker – who is yet to meet a shot he doesn’t like – had 60 two nights earlier against the 76ers.

“I think not a lot of defence is being played,” Irving told the Boston Globe.

“…More or less no defence and effort. That’s what it comes down to; nobody should be scoring that many points.”

Irving added that his comments weren’t intended to take anything away from the offensive talent throughout the league.

“You have to give credit to the offensive players for making the shots but also I think the emphasis on making double-teaming and just getting the ball out of someone’s hands,” he said.

“Just doing the little things to help your teammates guard a great player or a great team, just a total team effort and team collective activity to kind of limit those high scoring games.”

While Kyrie has been credited with improved efforts at the defensive end since moving from Cleveland to Boston, we’re still waiting on concrete confirmation as to whether he’s decided to be part of the problem or the solution.