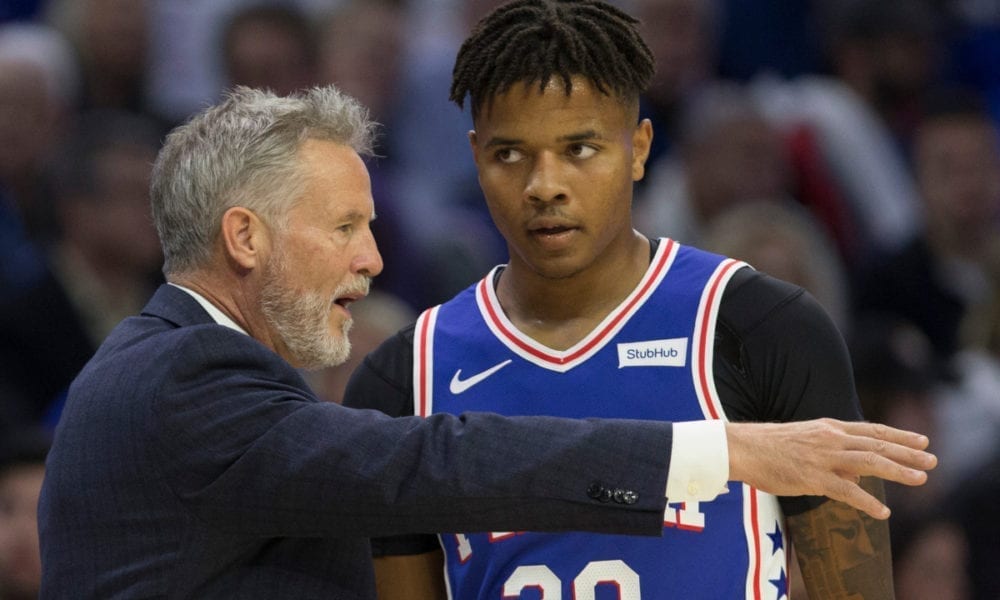 On the advice of his agent and lawyer Raymond Brothers, Fultz will not play or practice until he sees a shoulder specialist next week, per The Athletic‘s David Aldridge.

The appointment will take place in New York on Monday, meaning that Fultz will be out for at least a week pending the specialist’s finding.

Fultz spent most of his rookie season out with a shoulder injury, but there has been suspicion that he just had performance anxiety, or that his shooting coach had fiddled with – and ruined – his shooting mechanics.

Philadelphia were expecting a full return this season, but so far he’s looked nervous, unsettled and completely lost. One glance at his free throw routine is liable to give you nightmares.

This announcement comes after Fultz lost his starting spot to Jimmy Butler, and in the wake of being benched for T.J. McConnell in the second half of the Sixers’ 119-114 win over the Phoenix Suns.

The timing of the news can’t be ignored. Fultz has spent the entire season announcing his fitness to the world, but now that he’s been benched, he won’t practice or play.

Does Fultz really does have a shoulder injury that’s affecting his game? If he does, is his lawyer potentially gearing up for a malpractice lawsuit? Only time will tell.

In the mean time, Philly GM Elton Brand seemed just as confused about the situation as everyone else.

“At the end of the day we all want what’s best for Markelle.”

Reporters asked if he thought there was something wrong with Fultz’s shoulder:

“You ask him, he says he feels good. There’s nothing that we saw medically that didn’t allow him to play.”

“He played last night, he played two nights ago, ever since Jimmy Butler came and he wasn’t starting I felt he played pretty well. I was proud of him.”

76ers coach Brett Brown also spoke to reporters in the wake of the news.

“We all just learned about it this morning and, you have concern for him. We’ll help him.”

“That’s the bottom line for me: to try and find a way to help him.”

At this point, you’d be forgiven for wondering whether “helping him” might mean trading Markelle to another team.